Say it isn’t so! Was I almost widowed today? Oh my poor Matthew!

The 38-year-old actor cut his face while preparing for his role in The Grackle, a new movie from his J.K. Livin Productions, his publicist, Alan Nierob, said Monday in an e-mail.

Nierob said McConaughey had been training Ultimate Fighting Championship-style. He did not know when and where the injury occurred. Matthew McConaughey injured on set! Panic ensues! – Snarky Gossip 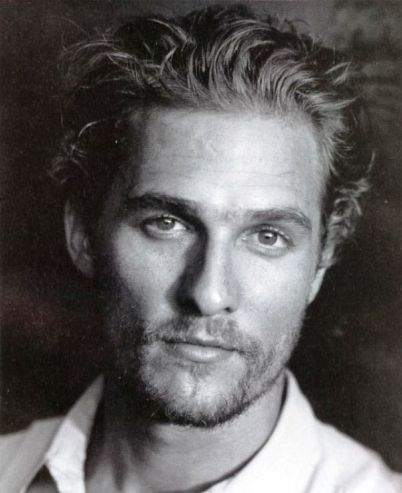 Sounds to me like The Grackle is a movie I’m just going to have to see; especially if my Matthew is shirtless and kicking ass.

Ultimate Fighting Championship fighting is beyond hard core. Once approaching the sport with a no holds barred attitude, the organization changed its tune when the political heat was turned up. They embraced stricter rules and changed their approach to Mixed Martial Arts. Due in part to televised fights, Ultimate Fighting’s popularity is soaring.

Have you ever seen a match? It’s not for the faint of heart. Think boxing, but way more primal and animalistic. I’ve always viewed boxing as the sport that takes man back to his animal instincts, now that title belongs to Ultimate Fighting.