So apparently Christmas 2009 was all about celebrity 911 calls and crazy ladies.

1. A woman who appeared to be “mentally unstable” bumrushed Pope Benedict XVI at the beginning of Christmas Mass, knocking him to the ground; the pontiff is fine but a French Cardinal next to him broke his hip in the chaos.

2. Singer Paul Anka called the cops on his estranged wife Anna twice in as many days because she wouldn’t allow him to see their son. On Wednesday she allegedly acted like a big butt head and copped an attitude, and then on Thursday she took the kid and locked him in a room with his half-sister so she could go off on Paul and the security guy he brought with him.

3. A neighbor of the Kardashian/Jenner clan got plastered and decided to throw a fit over the valet parking the family had set up outside their Hidden Hills home; the neighbor fell and busted his face. As Bruce Jenner called the cops Pastor Brad (who married Khloe and Lamar) tried to help the neighbor get up; as a thank you the neighbor punched him.

4. Actor Charlie Sheen was arrested in Colorado on charges of domestic violence. It’s being reported that the alleged victim is his wife Brooke Mueller, and that she was the one who called the police. It is also being reported that Brooke was legally drunk when she made the call – and that Charlie was not. The former bad boy told law enforcement that Brooke attacked him and he was simply defending himself. Sheen posted bail and has since been released; he has a court date set for February 8th. 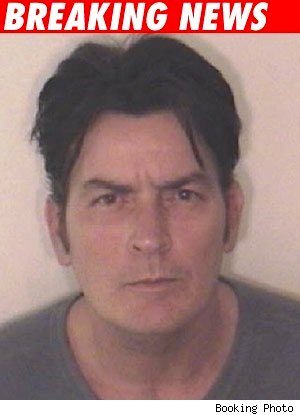