Holy Crap. The Octomom Drama just keeps getting better and better. How much you wanna bet this storyline will show up on a Soap Opera or an episode of Law & Order pretty soon; of course, on Law & Order one of the babies would have to die.

Here’s the latest from [Usmagazine.com]:

Allred represents Angels in Waiting, which had provided free nursing care for Suleman’s 14 children until she fired them earlier this week for allegedly spying on her and reporting her to child welfare officials.

Allred said Suleman “violated agreements in the best interests of the children” by announcing when the babies would be released — causing a media frenzy — and then by allowing video crew to feed and hold the babies.

Suleman “always had an excuse” why she couldn’t feed her babies, Allred continued, saying that she only spent eight hours in the nursery, and one went “days without being bathed.” (Earlier on the Today Show, Allred claimed Suleman only cares about her babies “when the cameras are rolling.”)

Oftentimes, “Nadya would come back from shopping and not even visit the nursery,” Allred went on.

Also during the press conference: Allred alleged that Suleman’s home was not secure enough to keep trespassers away. Octo Mom said she couldn’t afford security, but Angels in Waiting president Linda Conforti-West said she was paying to install a jacuzzi tub and expensive dishwasher.

Another nurse with the charity, Jackie Peebles, said the nursing staff Suleman hired to replace Angels in Waiting had language barriers, three tested positive for Tuberculosis and others had “terrible coughs.”

Peebles added: “The lack of parenting skills was evident.”

In a statement released to Usmagazine.com, Allred said Suleman created a “dangerous environment.”

“Nadya has decided to have Kaiser Permanente [Hospital] care for her babies. In other words, she has apparently made a conscious decision to put the burden of her babies care on the tax payers, since her lawyer Jeff has conceded publicly that Kaiser nurses will most likely have to bill [Medicare],” Allred’s statement continued. Angels in Waiting worked on a donation-basis.

“We wish the best for Nadya and these babies and their six siblings, but we can now only pray to God, that Nadya’s poor choices, money making schemes, and improper priorities will not result in irreparable harm to any or all of her children in the future,” Allred’s statement added. 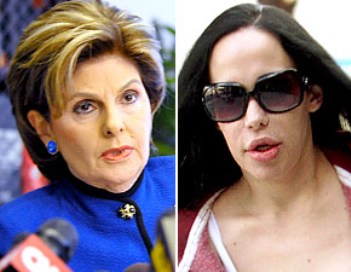