Home
Hollywood Gossip
Tina Fey Is Pregnant. After Lots And Lots Of Thinking.

The beautiful and hilarious Tina Fey announced during a taping of the Oprah Winfrey Show on Wednesday that she and her husband, composer Jeff Richmond, are expecting their second child.

Tina Fey joined Oprah on the couches to discuss her new memoir, Bossypants, in which she details her internal struggle with the work-vs-family battle; one that is especially difficult for female celebrities in their 40s.

The award winning actress admitted that the decision to have a second child was an agonizing one, and made after hours and hours of conversations with herself as she lay awake at night.

She felt “stricken with guilt and panic” when her 5-year-old daughter Alice – probably “the only child in her class without a sibling” – would say, “I wish I had a baby sister,” and the [sic] Fey recalls how she would “debate the second-baby issue when I can’t sleep.”

“I get up to go to the bathroom and study myself in the mirror,” she writes. “Do I look like someone who should be pregnant? I look good for 40, but I have the quaggy jawline and hollow cheeks of a mom, not a pregnant lady. It’s now or never. This decision can’t be delayed.”

One day, she says, she just couldn’t take it anymore and completely broke down in her doctor’s office.

“I went for my annual checkup and, tired of carrying this anxiety around, burst into tears the moment she said hello,” …

“I laid it all out for her, and the main thing I took away from our conversation was the kind of simple observation that only an impartial third party can provide: ‘Either way, everything will be fine.’”

And of course it will be. The baby will be coming into a home of love and laughter – and money; what could be better? 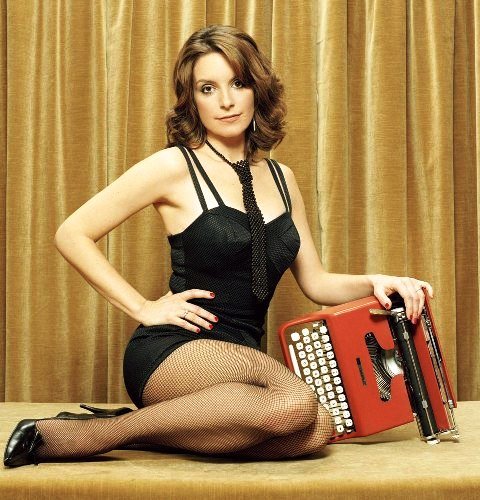