What a way to start the year. It’s only the second day of 2007 and already Britney Spears has caused a scene.

The newly single Spears rang in the New Year at the club Pure, in Las Vegas, where, according to reports, she passed out about an hour into the year. Of course her “people” (I didn’t realize she still had some) are saying she’s wasn’t drunk, just tired. Right! I fell asleep at a party once, right next to the huge pounding speakers, but I was drunk. Who the heck falls asleep at a club in Vegas? You’d think her brief November partying with Paris Hilton would have taught her how to stick it out. I realize she hasn’t really gone out in two years, but come on! It’s New Years and you’re falling asleep? I think not! She was drunk. Drunk. Drunk. Drunk. Just look at the pictures! You’re eyes don’t roll back into your head like that because you’re tired.

Britney Spears welcomed 2007 by getting drunk and passing out, and I’m sure she wasn’t the only one, either. Unfortunately though, she’s the only one whose drunken episode was announced to the world.

Happy 2007 Britney Spears! It can only get better, right? 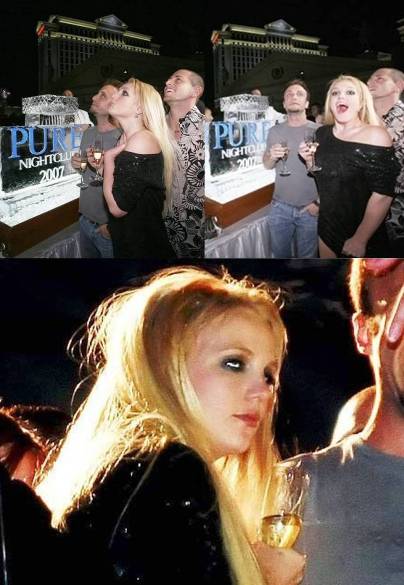