Home
Hollywood Gossip
Angelina Jolie Is Copying My Step-Dad! But In A Good Way.

Angelina Jolie has adopted another child; this time a 3-year-old boy from Vietnam. Although his birth name is Pham Quang Sang, Angelina has changed it to Pax Thien Jolie — “Pax” is Latin for “peace” and “Thien” means “sky” in Vietnamese. 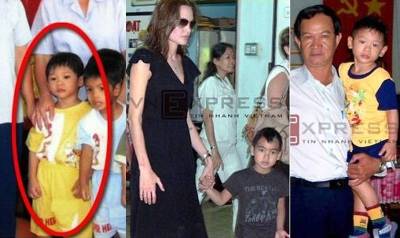 As wonderful as I think it is that Angelina Jolie has the ability to extend her life and open her heart to children who so desperately need it, I can’t help but be reminded that she is not the only one in the world to adopt children from all over the world.

So does my step-dad. In 1970 he was living in Berkeley with his first wife, when they decided to adopt. They started with a boy. A girl was next, in 1971. Followed by another boy in 1974, and finally one more girl in 1975. They also had two foster children for two years starting in the summer of 1977.

Last summer I helped my step-dad write his memoirs — something for him to pass on to friends and family (although he’s not above having it published for real). Here are his memories of adopting. In his own words…..

*****
…Alameda County Welfare Society approved us and then asked us what type of child we would like. I told them any child, but they insisted I had to make a list. The top of the list had Eskimo on it. I made a long list including Chilean-Madagascan. They did not think my list was very amusing. Several months later I got a call from our Social Worker who said they had a son for us. I said, “Great!” and then she said, “This baby can only go to you.” When I asked why, she said, “The baby is Eskimo-Athabaskan Indian.”
*****
In 1971 we asked to adopt another baby and a month later we got a call from the same county agency, saying they had a Chinese-Caucasian baby girl for us who had been born in mid-May. They also told us…that the baby’s mother asked that her baby be placed with a family who already had adopted a young boy. We fit the bill perfectly, and she came home with us when she was three weeks old.
*****
…in 1974…asked a private organization, Children’s Home, if they had any children we could adopt. At that time,there were a great many black children who needed homes but black families were not adopting them…[he] came into our house five weeks later.
*****
In 1975 we were asked to take care of a young girl who had been in a foster home for a few months….she had been brought over from Vietnam in Ed Daly’s World Airways Baby Lift. We were badly losing the war in Vietnam at this time and arrangements had been made between adoption agencies in the U.S. and orphanages in Saigon to bring over all their orphaned children. [She] was one of four babies who came to this country who were not on the official list. Who knows how she actually was put on the plane. The plane with all the records was shot down while leaving the Saigon airport.
We agreed to take her in until she could be placed with another family. We were told she was two, but out dentist said she was actually three years old…As the months went by it became evident that no one was going to adopt her. After a year of being in our family, I decided we needed to adopt her too. Partly because she was already a member of our family and partly because I didn’t know what would happen to her if out of our care.
*****

I applaud Angelina Jolie. I applaud Mia Farrow. And I give my wonderful and hilarious step-dad a standing ovation!

Oh, and Angelina, if you’re reading this, my step-dad would be more than happy to talk to you about adoption. Or whatever.

My step-dad is also a great artist. See anything you like? There’s more where these come from, and they’re all for sale! Hint. Hint. Wink. Wink. 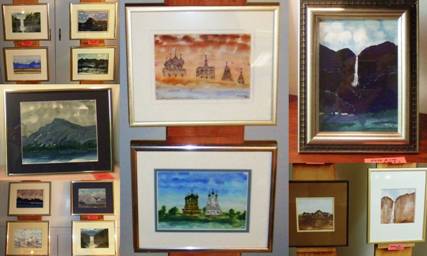 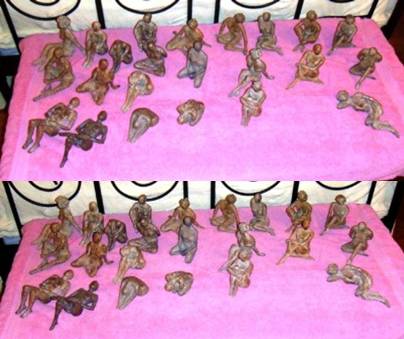 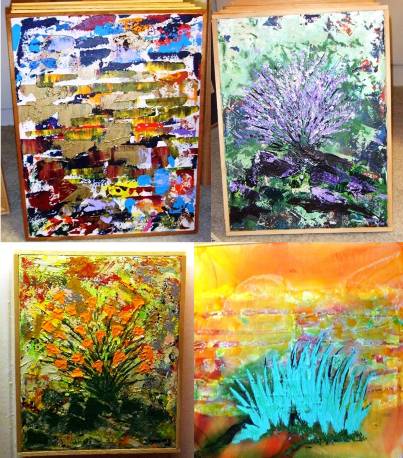