First Conan and now Ann Curry; I guess the head honchos over at NBC don’t see a need for sensitivity and tact when giving an employee the shaft. And they don’t learn from history very well, either.

Ann Curry’s messy exit suggests that despite NBC’s new regime the new crew has learned nothing from the old crew and the ghost of Conan O’Brien.

Once again, a prominent piece of talent – this time Curry – was left hanging out to dry, embarrassing the network, angering dedicated viewers and rewarding a loyal employee with an undignified escort to the curb.

In the case of Conan O’Brien in 2010, the bungled management of his failed turn as “Tonight Show” host turned the 16-year, true-blue veteran of the network into an embittered enemy with an army of Twitter followers. It spelled the end of network chief Jeff Zucker. It tarnished NBC’s brand and cost them a pile of money.

I feel bad for Ann Curry. She may not have been the best co-host, but she doesn’t deserve to be humiliated in such a public way.

And to be given only a few minutes to say her goodbyes on air? That’s total insult to injury! But props to Ann for remaining professional while making it clear who she’ll miss and who she won’t.

…as Matt says the obligatory nice things about Ann at the end of today’s show — she does everything she can to not look at him. Compare that to her reaction to Al Roker and Natalie Morales, both of whom she looks squarely in the eye with affection.

And then Matt goes in for the kiss and Ann refuses to turn toward him. She embraces Al — her good friend — and Natalie, whom she calls a sister.

Good luck with all your future endeavors, Ann Curry! Remember – the best revenge is happiness!! 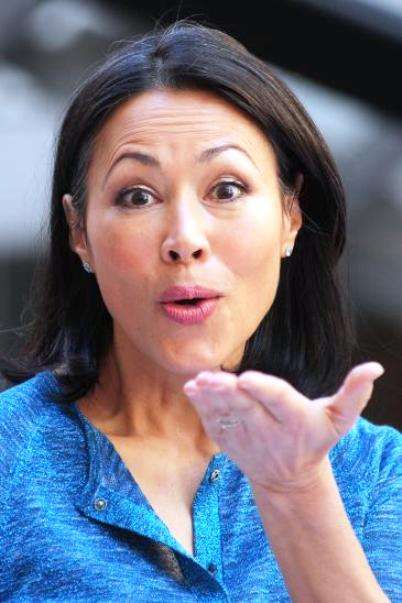