Television actress of the 1950s and 1960s, Anne Francis has passed away Sunday at her retirement home in Santa Barbara, CA from complications of pancreatic cancer. She was 80-years-old.

A CinemaScope beauty in the 1950s science fiction classic Forbidden Planet with a distinctive beauty mark below her lower right lip, Anne Francis never hit the big time but always had a steady cult following.

In Forbidden Planet Francis was Altaira, the daughter of the space scientist played by Walter Pidgeon. “I got that part because I was under contract to MGM and I had good legs,” Francis later said. Her love interest in the movie was a handsome young Leslie Nielsen, who died in November. 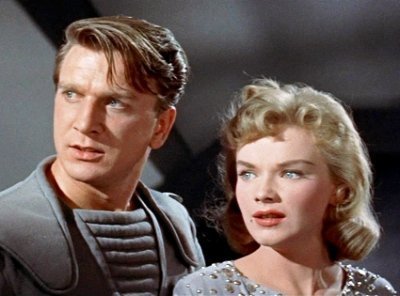 In the 1960s, Francis starred as the sweet-voiced honey blonde detective with James Bond tendencies in TV’s Honey West.

She also appeared in several movies including, Bad Day at Black Rock, Blackboard Jungle, Don’t Go Near the Water and Funny Girl.

A native of Ossining, N.Y., the former child actress went to Hollywood and signed contracts with the studios in the ’40s, but her career finaly [sic] took hold in the next decade thanks to live-TV productions. She is survived by two daughters and a grandson. 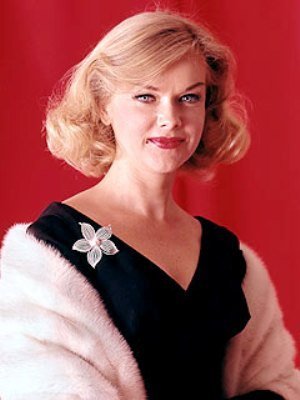