Home
Hollywood Gossip
2009 Grammy’s Round Up – Better Late Than Never.

Ok, so here it is. Finally! Since I had some things going on during the 2009 Grammy’s last Sunday night, I have turned to friends and others for their notes and opinions of the show.

First up, notes from my wonderful friend I mentioned yesterday, in her own words…..

U2 opened the show with an energy pumping performance.

Whitney Houston came out to present R&B song of the year. She was looking as well as I remember her looking back in the late 80’s. So good that when she remarked about wishing she wore her boots, she unsheathed her long, sleek left leg. In somewhat of a smoker’s voice, she paid tribute to Clive Davis. 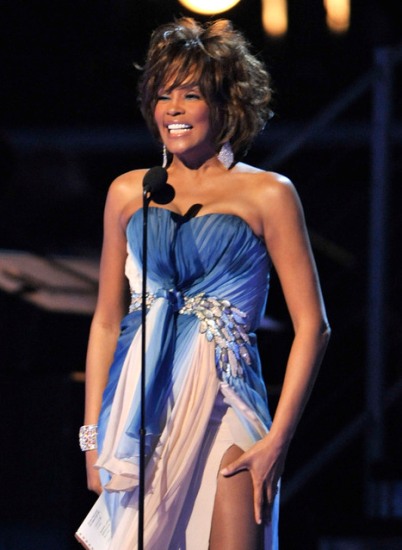 Jennifer Hudson won the award to a standing ovation and a genuinely heartfelt thanks to her family in heaven and “here.”

Duane “The Rock” Johnson was trying too hard to be an announcer type. He failed and bombed on one of his jokes. The best thing he did was introduce JT [Justin Timberlake].

JT introduced Al Greene and they performed a duet of “Let’s Stay Together.” JT can move. Al Greene is old but can still perform. Keith Urban did a cameo guitar solo during the performance. 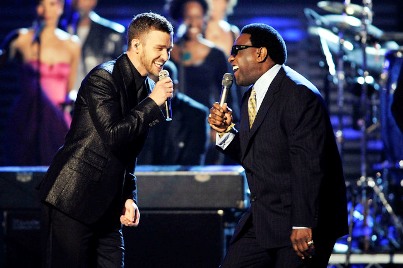 Sheryl Crowe and LeeAnn Rimes presented Sugarland with Country of the Year award. (I think…)

Duffy and Al Greene presented song of the year to Cold Play.

Kid Rock performed a medley. Miley and Taylor performed together too. They looked like teenage friends or sisters. Ugh! But they seem to have talent. Time may serve them well…

Jennifer Hudson looked almost svelte in a black dress performed a stirring and touching song, being overcome with emotion towards the end of the song. 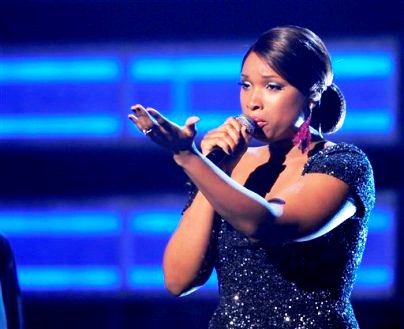 And now some notes from Damn I’m Cute (which is a great site, by the way)…..

BEST PERFORMANCE AND WORST OUTFIT BY A PREGNANT WOMAN: Rapper M.I.A., who was due to give birth Grammy night, held her own during an all-boys’ rap summit on “Swagga Like Us” with Jay-Z, Kanye West, Lil Wayne and T.I. But, oh, that outfit. She exposed her belly in a sheer black top — or was it a dress? — that had a bikini cutout design, strategically covering her chest. 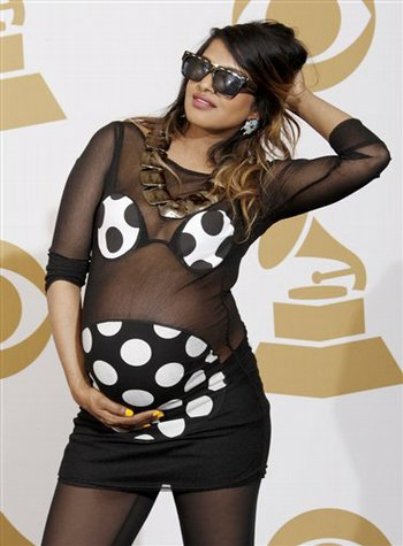 KANYE EGO MOMENT OF THE NIGHT: West showed some sour grapes at not being recognized for being the greatest gift the music world has ever seen. The brash hip-hop star and singer Estelle presented the award for Best New Artist, and West couldn’t resist slamming Grammy for bestowing the honor to past winners John Legend and Amy Winehouse “but somehow, not to either one of us.”

A TRIBUTE TO NEW ORLEANS: Robin Thicke, Lil Wayne and Allen Toussaint did the city justice with their rousing, soulful collaboration, supported by a brass band that had the audience on its feet.

HE JUST WANTS TO DANCE: Radiohead frontman Thom Yorke was way more animated than usual, dancing energetically during the band’s performance of “15 Step.”

AN OVERDUE GRAMMY: The Four Tops, which never won music’s highest honor, finally received their due with a lifetime achievement award; sadly, the group’s lone surviving member, Abdul “Duke” Fakir, could not share it with his three former bandmates. But he did turn out one of the night’s more memorable performances, joined by Smokey Robinson, Ne-Yo and Jamie Foxx in a medley of the band’s greatest hits 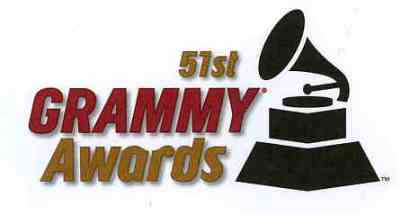