I took some notes last night as I watched Paris Hilton spew forth verbal crap on Larry King Live.

*not wearing a lot of makeup, very natural looking

*says she only lost a couple of pounds

*says all the “girls” there were really nice

*admits to having a high voice when she’s nervous or shy, and says she doesn’t like it

*says she doesn’t get angry, is easy to get along with, and is a very loyal friend

*Being stripped searched was the most humiliating experience of her life

Paris tried her best to sound grown up and be taken seriously. But I don’t think it worked. She still sounded like an idiot — not even getting cliches correct (like when she said her crime didn’t fit her punishment, instead of her punishment didn’t fit her crime). It was obvious to me that keeping her voice in a “normal” tone was a struggle for her – being a dumb blonde must be a hard habit to break.

She claimed she didn’t understand why people followed her everywhere constantly taking pictures. Um….could it be because you presented yourself to the world on a skank platter and through your actions, begged for people to look at you? You can’t attract the attention on purpose just to turn around and ask to be left alone. Celebrity in America doesn’t work that way. 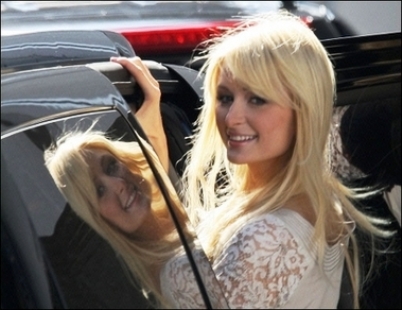 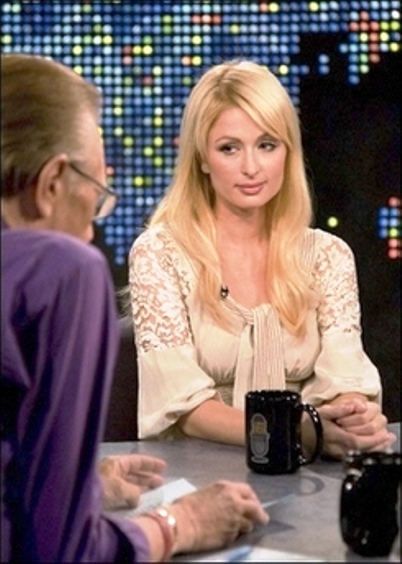