Now that the appropriate papers have been filed and the civil suit of Jane Doe v. Match.com has begun, the true identity of Jane Doe has been revealed; by the victim herself.

Media Giants – HMR (New York, NY) April 19, 2011 *** The “Hollywood executive Jane Doe” in the Jane Doe v. Match.com civil suit [L.A. Superior Court Case BC458927], took a very heroic step forward this morning, as she appeared unmasked while revealing her identity on several network morning talk shows. Jane Doe’s real name is Carole Markin. Ms. Markin, a Harvard College graduate, is a former executive, a film and TV producer, screenwriter and published author. She asserts she was brutally sexually assaulted by another Match.com member named Alan Paul Wurtzel, who had been convicted six separate times for sexual battery. Felony charges against Mr. Wurtzel are pending in Los Angeles Superior Court [Case # BA373188]. Today, Ms. Markin is being hailed widely as the “Erin Brockovich of Online Dating” for her valor and key role in Match.com’s purported move to begin checking existing and new subscribers against the national sex offender registry within the next 60-90 days.

“Taking on a huge corporate giant like Match.com is a daunting task. I faced many naysayers, but I believed that Match.com could change their policies to protect their paying customers from convicted sexual predators,” stated Carole Markin. “As of today, I have not personally spoken with anyone at Match.com. Now that my identity is revealed I will continue to be vigilant in monitoring the rollout of Match.com’s online sexual predator screening. This historic breakthrough is also credited to my courageous attorney Mark L. Webb, my brilliant public relations team Heath Hamaguchi and Jim Strzalkowski, the media for their coverage and all of the supporters from around the globe.”

The Jane Doe vs. Match.com civil suit filed by Mark L. Webb, Esq. on behalf of Carole Marin, will remain open until Match.com makes good on their promise to implement the online sexual predator screening process.

“This profession of good faith is a huge win, not only for Carole Markin and online dating safety, but for the American judicial system,” states Mark L. Webb, Esq. “I am proud and happy to be a part of this bold effort to reduce the risks of further sexual assaults on women. This is the kind of case that people go to law school for, so that they contribute to positive social change. I commend Match.com for its prompt response.”

Carole Markin is a producer, screenwriter and author with more than 20 years experience in entertainment. Ms. Markin served as producer on “Accumulations” and associate producer on the series pilot “Trying Times,” both directed by Oscar winner Jonathan Demme. Her film, “From Harlem to Harvard,” which she produced and co-directed, won a Cable Ace Award and an NEA grant. Her work in television also included the role of Manager of National Program Development for KCET. From 1989 to 1991 Ms. Markin held the titles of Vice President and then President of the Independent Feature Project/West and was also Chairman of the “Spirit Awards” nominating committee. Ms. Markin is creator and executive producer of a reality series currently optioned by Conrad Riggs, which is being sold internationally and set up in China, as a joint venture. Markin is a Magna Cum Laude, Phi Beta Kappa graduate of Harvard College. She earned her MBA at the Anderson School at UCLA. Ms. Markin was also a directing fellow at the American Film Institute.

By revealing her identity, I believe Carole Markin has done a great service to victims of dating-site sexual assault. Perhaps by knowing that a high-powered Hollywood executive is brave enough to speak out, other victims will feel empowered to do the same. 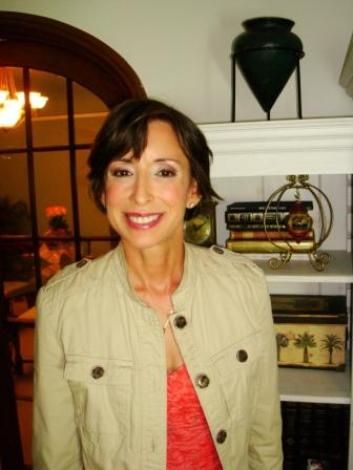