On this day in 1984, singer/songwriter extraordinaire, Michael Jackson, won a record 8 Grammy Awards.

The 26th Annual Grammy Awards was also the year that Michael Jackson wore his sparkly blue and gold military get-up and was accompanied to the ceremony by actress Brooke Shields and actor Emmanuel Lewis. 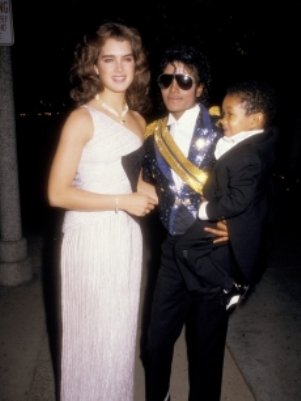 Fun Facts about the Grammy:

-The actual trophy is manufactured exclusively by Billings Artworks in Ridgway, Colorado.

-The trophies are all hand made and assembled.

-The Grammy is assembled in pieces and finally finished off in gold plating.

-The actual trophies, with the recipient’s name engraved, are not available until after the award announcements, so a series of “stunt” trophies are re-used each year for the broadcast