Paris the Heiress was released from jail shortly after midnight on Tuesday. She used a public restroom to change from her orange jumpsuit to a pair of jeans and a jacket before making her appearance. It’s being reported that she lost ten pounds while in the slammer (The only place I can think that she could afford losing ten pounds is her ego!).

Paris Hilton looked genuinely happy as she made her way to the SUV carrying her parents. While behind bars, the famous-for-nothing star said that she wants to use this experience to make positive changes in her life and even said she’d like to start a half-way home for women just out of jail.

I think the best thing for Paris right now is to disappear for a while and only come back when she’s ready to SHOW her improvements, and not just talk about them.

I wish her the best of luck. But not too much because I still want stuff to talk about.

As usual, TMZ was there for it all: Paris Hilton on TMZ

Take a look at these pictures of Paris Hilton walking to meet the photogs. I think she looks WAY better with no makeup and a real smile. What do you think? 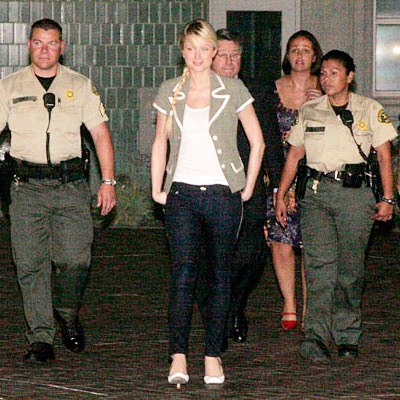 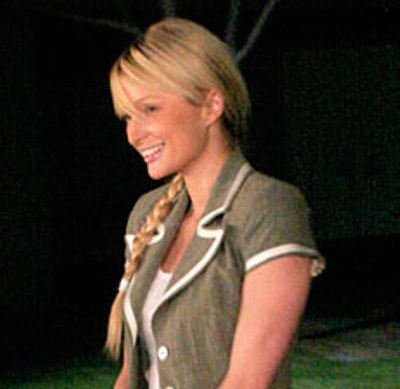