Home
Hollywood Gossip
Michael Jackson And His Nanny. Or Is She His Wife?

I don’t know if it’s serendipity or karma or just plain old good timing, but my buddy Michael Jackson has popped up again, this time denying that he has married his children’s nanny.

Last February I found some pictures on TMZ of Michael Jackson’s children without any veils or masks covering their faces. That post found its way to somewhere and now it’s getting more attention than ever. I seem to have touched a nerve.

I’ve decided that this time around, it’s going to be just the facts…the facts according to Michael’s people. Keep in mind these are the same people who say he’s only had two nose jobs, and they were for breathing reasons. Oops, I bet I get flack for that one.

“Wide spreading reports regarding Michael Jackson being married are not true,” publicist and resident rumor-buster Raymone Bain said in a statement to E! News. “Documents stating otherwise are a hoax.” Michael Still a Single Jacko 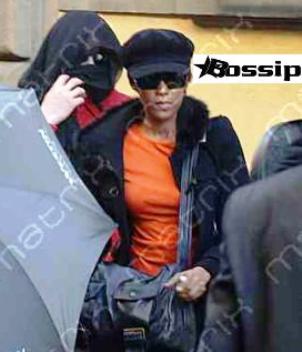 I’m not really one to point fingers in an effort to deflect attention, but in an attempt to save face (haha-Michael Jackson-face-haha) I feel I must at this time. Most of the flack I’ve gotten has surrounded my questioning of the children’s DNA and my comment about Blanket and balconies. I admit, I could have censored my thoughts a bit more, but they’re nothing worse than anything else out there about the self-proclaimed King of Pop. 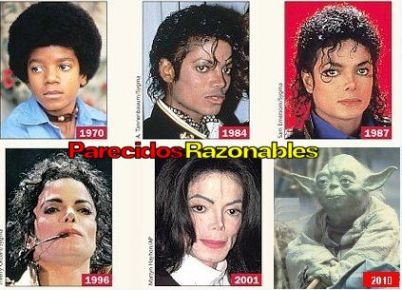 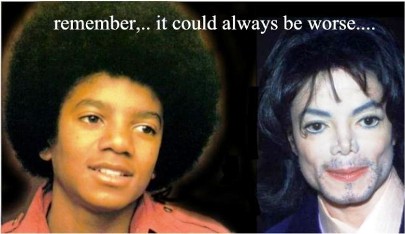 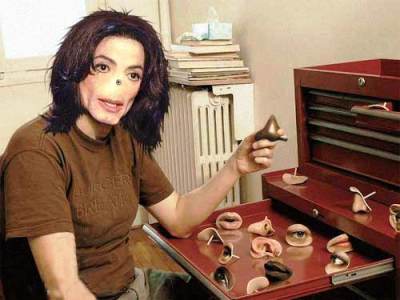