Usually when Michael Jackson’s three children go out in public, their faces are covered. But not in Las Vegas yesterday!

First up: Prince Michael (the first) and Paris; their mother is Michael Jackson’s ex-wife Debbie Rowe. Man, I wonder what’s going through her mind these days. At the time of their births, both Michael and Debbie said the children were conceived “the old fashioned” way. But I’m not convinced. I’m not even convinced that Michael Jackson is their biological father. 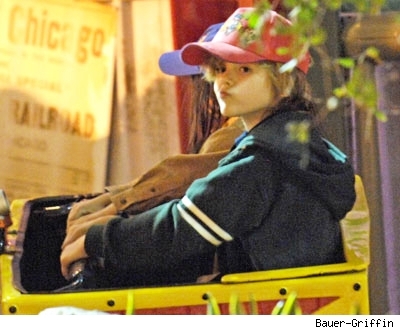 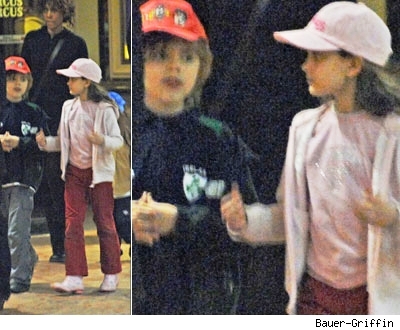 Next we have Prince Michael II (Blanket), whose biological mother is unknown. I wonder how Blanket feels about balconies these days. Do you think he’s afraid of heights? 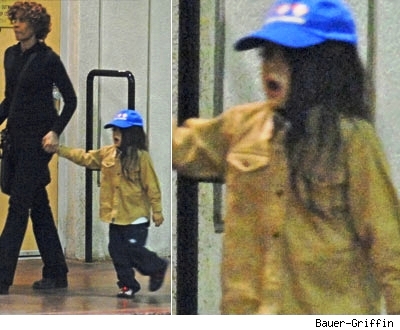 Wouldn’t it be totally crazy if these kids grew up to be normal and well-rounded people? Uh, right, and Michael Jackson has never had plastic surgery.

The marriage of Michael and Debbie: A Business Arrangement…..

According to court documents, Michael agreed to pay Debbie $900,000 a year in “hush money” as part of their divorce settlement. Debbie also got a Beverly Hills mansion and a lump sum of $4 million.

In July 2006 Debbie sued Michael because he stopped the $900,000 payments. Michael said he stopped the payments because Debbie had breached an agreement they had that she would keep quiet about his private life.

Debbie also accused Michael of developing another pain pill addiction, and even gave the name of a doctor who she claimed wrote the prescription. She said she was concerned for the well-being of her children while under Michael’s care and that she wanted her parental rights back.

When all was said and done, Debbie agreed to relinquish all visitation rights in exchange for the reinstatement of the yearly payments – which were increased to $750,000.