After two DUI arrests in three years, Kiefer Sutherland was sentenced to 48 days in jail. Yesterday, the former Lost Boy, started his sentence in Glendale, CA. I really hope this stint in jail gives Kiefer the boost he needs to once and for all stop drinking – it obviously doesn’t agree with him. Kiefer Sutherland is a brilliant actor and I’d hate to see his life take a wrong turn. 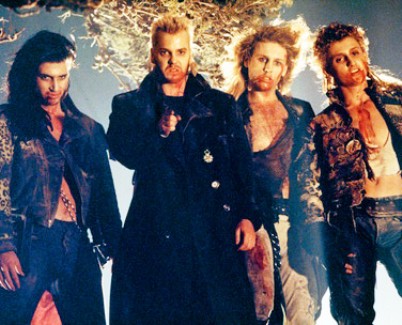 Jail spokesperson Officer Balian said of the actor, “Mr. Sutherland is very polite and humble. He was very cooperative alone in a cell, since he’ll be a long-term inmate.” during the booking process. He will be issued an orange jumpsuit, and will be housed

Sutherland will have to perform menial jobs just as the other inmates – including laundry and kitchen duty, serving breakfast, lunch and dinner. He’ll be free to roam around most of the time (rather than being locked in his cell) but Officer Balian says he will only be in direct contact with other inmates when serving meals. Kiefer Sutherland Begins Serving Jail Sentence – Celebrity Smack 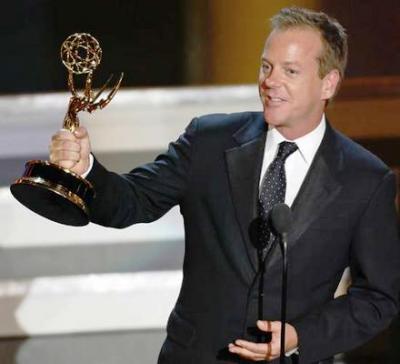 Kiefer Sutherland was only meant to wear the black gloves he wears as David when riding the motorbike. However, while messing around on the bike behind-the-scenes, he fell off, breaking his arm so he had to wear the gloves through the whole movie to cover his cast.

The amusement park scenes were filmed at the Santa Cruz Beach Boardwalk in California.

The movie didn’t originally end on a joke. After the scene with Grandpa at the refrigerator, it was supposed to cut to the surviving Lost Boys regrouping in the sunken hotel. The last shot was of a mural on the wall, made in the early 1900’s, with Max in it looking exactly the same as he did today. All of this appeared in an early draft of the script, but ultimately was never filmed.