It’s being reported that Lindsay Lohan is in need of some serious mullah.

It’s not surprising, really. I mean designer rehab is pretty pricey, and doing it three times can put a heavy strain on ones bank account; even if that bank account was gigantic to begin with.

So just how much does it cost for our favorite recovering coke whore – I mean addict – Lindsay Lohan?

Her stints in rehab are being reported as costing $137,000, with legal fees in the thousands. Of course, that’s after she blew through a million dollars on clothes, $70,000 on her hair and fake-bake tanning, $350,000 on cars, $500,000 on partying, and another million on one hotel bill. I’m assuming that her booze and blow is covered under ‘partying.’

Lindsay Lohan said last week that her time in rehab humbled her and that she is going to make a positive change in her life. I’ll believe it when I see it.

If the rumors of money troubles are true, poor little Lindsay Lohan will have to start from scratch, after having been on top for so long. Now that’s humbling! 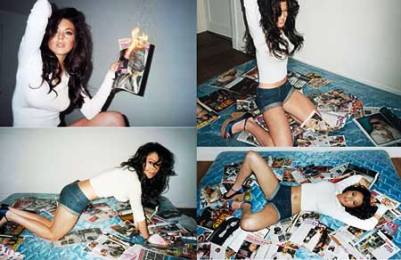