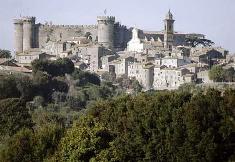 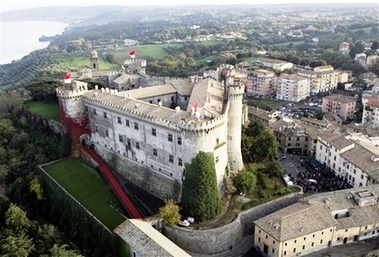 For more than 400 years, the Odescalchi Castle (located in the medieval lakeside town of Bracciano, Italy) has been haunted by the ghost of Isabella dei Medici, who was murdered by her much older husband, Paolo Giordano i Orsini, with the help of four accomplices. According to the legend, Isabella (who’s name, incidentally, is the same as Tom Cruise’s oldest daughter) had numerous lovers and liked to sneak them into her bedroom through a secret door. Upon learning of this, her husband strangled her to death. The legend also says that Isabella had a penchant for punishing bad lovers by making them follow her down a dark passageway only to be pushed into a pit full of spikes. (Can we say, Dom-i-ni-trix?)

All haunting aside, the castle doesn’t bode well for marriages in modern times either. In 1949, the “wedding of the century” took place at the castle between Tyrone Power and Linda Christian (famous actors at the time). They divorced seven years later.

In 1979, director Martin Scorsese wed actress Isabella Rossellini at the castle, and they also divorced.

On the bright side however, former US State Department spokeman James Rubin and CNN star correspondent Christiane Amanpour were married at the the Odescalchi Castle in 1998, and they’re still together.

I don’t want place a black cloud over Tom and Katie’s wedding and say they’re doomed or anything, but I don’t really think the cards are stacked in their favor either. Marriage is hard work, and when you spend your time brainwashing your new wife and worshipping an alien, it can be even tougher. Good thing he promised in their vows to get her a cat, at least then she’ll have something to play her own mind games with.

Here are a few pictures of the happy couple and some of their famous wedding guests. 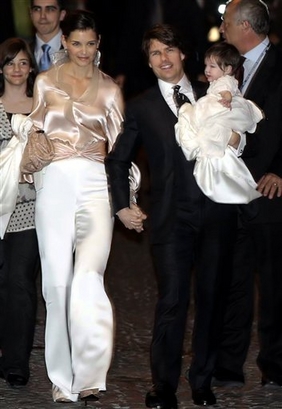 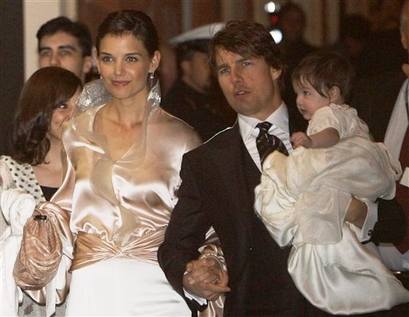 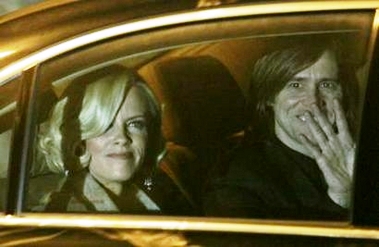 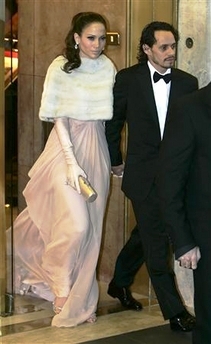 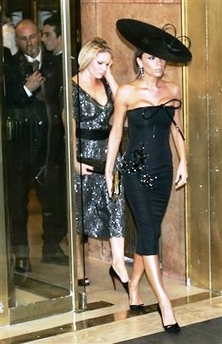 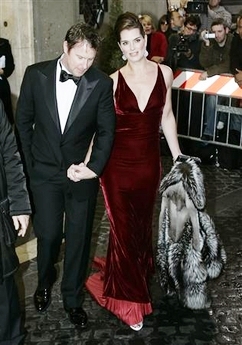 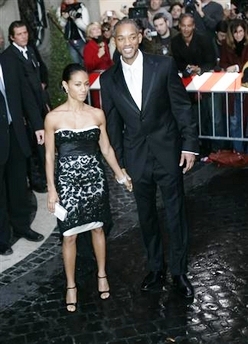