And I really hate to say it, but it’s true.

What else do you call someone who doctor shops, gets prescriptions filled in other people’s names, has a body riddled with needle marks, and dies way too young?

If it wasn’t Michael Jackson but some normal Joe Blow instead, you know you’d agree with me, so don’t get all pissy and tell me I’m mean and heartless because I called Michael Jackson a junkie.

I don’t know why any of us were surprised to find out Michael Jackson had a gigantic prescription drug problem that ultimately caused his premature death. I mean, we’ve seen it before – Marilyn Monroe, Elvis, Anna Nicole Smith, Heath Ledger – their doctors were their drug pushers.

Now that Michael Jackson has died, and his secret drug habit has come to light, maybe we’ll finally wake up as a society and take notice. It’s pretty pathetic that our society hasn’t learned its lesson yet and we still think drugs from our doctors are safe.

TMZ has really been following the aftermath of Michael Jackson’s death and the news that’s coming out is really sad and pretty darn horrifying:

Klein says it was only “on occasion” to sedate him, and when asked about the drug Diprivan — the brand name for the drug Propofol, which was found in Jackson’s house when he died — Klein said he was aware Michael was using it but warned him of its dangers.

Jackson Seemed High After Leaving Docs
Michael Jackson used to leave the offices of various doctors looking “out of it,” according to a former bodyguard who was interviewed by detectives during the 2004 child molestation investigation.

Jackson Used Employees’ Names to Score Drugs
Michael Jackson went to a variety of doctors to get strong narcotics and used multiple aliases (including the names of several employees), this according to notes compiled during the Santa Barbara County Sheriff’s investigation back in 2004.

Jackson Addicted to Xanax, Bodyguard Says
Chris Carter told Santa Barbara County Sheriff’s Deputies he would pick up prescriptions for Xanax for Jackson at various pharmacies, and that Jackson was taking 10 plus Xanax pills a night.

Jackson Docs Not Cooperating, Coroner Claims
Sources say Dr. Arnold Klein and Dr. Conrad Murray have not turned over the medical records the L.A. County Coroner’s office has requested. We’re told both doctors have turned over some records, but the coroner’s office has not gotten the complete file from either doctor.

Dr. Alex Farshchian wrote Michael Jackson a letter — dated July 21, 2002 — in which he writes, “Buprinex (sic) is the potent narcotic I told you about last week. It is just like the D but better.” Buprenex is an injectable narcotic painkiller.

Jackson’s Knack for Picking Friendly Docs
Some medical experts suggest it’s a bad idea for doctors to become close to their patients because the doctors must retain the power to say “no” when the patient wants something that is not medically appropriate. Whatever his motives, Michael Jackson had a talent for picking doctors who were more than happy to pick him as a friend.

Authorities Closing in On Jackson Doc
Sources say the doctor is not cooperating with authorities, but they have still found evidence linking him to the drug that may have killed Jackson. As we first reported, as a result of Dr. Murray’s second interview with police two weeks ago today, the LAPD obtained a warrant to conduct a second search of Jackson’s home — and that’s when they found Propofol, a powerful anesthesia that should never be used outside a hospital. There is evidence Propofol was administered to Jackson shortly before his heart stopped beating. 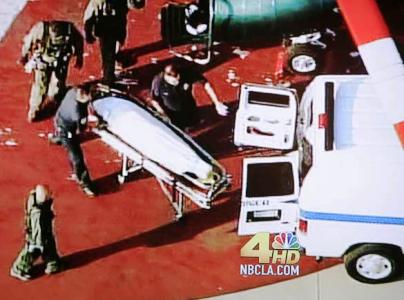