Happy first day back from a 3-day weekend everyone! Is it just me, or should every weekend last three days?

Labor Day weekend is the unofficial end of summer; allergies start to rear their ugly heads and kids go back to school. Unless they’re the kids where I live and are on the lame ass track system so they go to school for three months then have one month off. What the heck is up with that?

Anyway…..did you do anything fun this weekend?

I went to Twain Harte, CA and stayed in a comfy privately owned cabin. Where is Twain Harte, you ask? Well it’s a cute little town in the Sierra Nevada Mountains in Tuolumne County, about 25 miles west of Dodge Ridge Ski Resort. Obviously there was no snow this time of year, I’m just using it as a geographical reference.

This time of year the weather is perfectly warm and the air smells of pine. I love that smell; reminds me of childhood camping trips to Yosemite National Park. Which, by the way, is about a two hour drive south of Twain Harte. I decided against visiting the park this weekend since the crowds more than likely would have been insane. 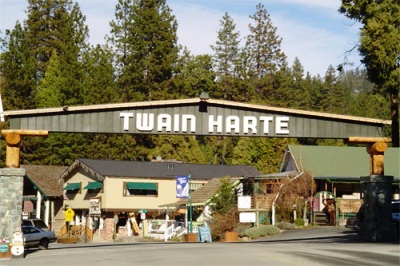 I’m so glad I had a whole three days to spend in Twain Harte ’cause there’s no way to do it all in only two days; at least not to satisfaction.

Besides hiking in the gorgeous forested mountains (an activity I try to do as often as I can – there’s something very calming about being surrounded by such massive trees), there’s Twain Harte Lake, miniature golf, real golf on a beautiful 9 whole course (if you’re into that type of thing, which I’m not), and gambling! Black Oak Casino was just 20 minutes away! How great is that? 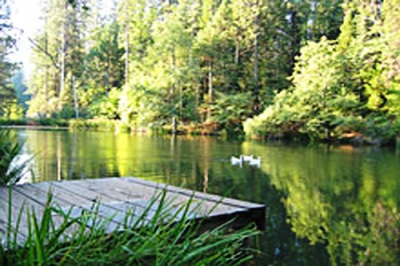 Sonora is an easy drive away as is Columbia, where you can get one of those Old West photos, and Railtown where you can check out all sorts of old locomotives then hop on the Sierra Railroad Dinner Train. The dinner train is a bit pricey so I wasn’t able to include it in this trip; maybe next time.

Man, gambling and drinking – what a great way to celebrate Labor Day!

So the cabin I stayed in was one of the first homes built in Twain Harte (click here for more pictures); it has been remodeled since, thank goodness. It was just my boyfriend and I staying there, but there’s actually enough room to sleep up to 10 people in beds, more if you use sleeping bags. Party!!

In the bedroom off the kitchen there is a wooden ladder leading to an adorable loft with two twin beds. The cabin is surrounded by trees so when I was up in the loft I felt like I was in a tree house.

The bedroom we slept in….. 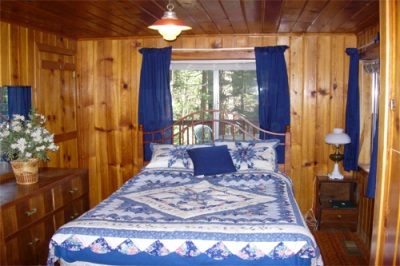 Besides being so close to so much, I think the thing I liked the most about the cabin was how much it felt like a home. I’ve stayed in cabins before and they’ve all made me feel like I was staying in a hotel. But this cabin had a real homey feel to it, with a full kitchen, formal dining room, two bathrooms, a large deck that wraps around two-thirds of the house, and a washer and dryer. I had no need to wash my clothes, but it was nice to know I had the option.

Oh! I got to take my dog too, which was super-duper cool because so many places do not have pet friendly lodging.

Long story short, I had a really great weekend and I totally recommend Twain Harte as a vacation destination. And if you want to feel as at home as possible, rent the cabin I did….. 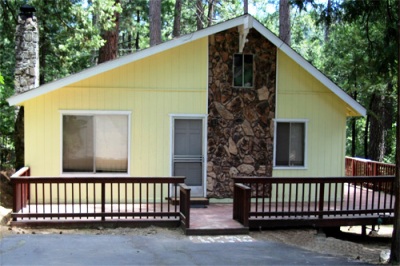 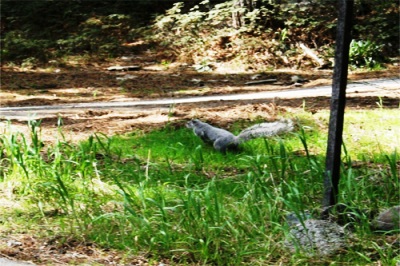 Have any of you ever been to Twain Harte on vacation? I’d love to hear any stories you have.