Hey ladies! There’s an opening at the Playboy Mansion! But you better hurry because there are already a set of twins and a couple bimbos in line.

“If Holly says it’s over, I guess it’s over,” Hefner said in a telephone interview Wednesday. “She’s still here in the house. Until a few days ago, we were still sharing the same bed.”

Hugh Hefner was surprised to hear Holly Madison had discussed their breakup, but said he knew they would split after he told Holly that they would never marry or have children.

In a the video posted on TMZ.com Tuesday, Holly Madison said she’s no longer with Hefner. She also said she is “still filming stuff together” with Wilkinson and Marquardt.

Hefner said Holly knew about six months ago that they wouldn’t marry or have children. Hefner said, “The fact that she was depressed after that, I didn’t know at all. That was a revelation in the last days and weeks. Quite frankly, we thought when the time came, we would make a combined statement and we expected that combined statement would be somewhere in the weeks and months ahead.”

“The Girls Next Door” premiered on E! in 2001 and is in its fifth season. Hefner said he and the three women have already committed to the 6th season, but Hefner will find himself new girlfriends. Hefner said 19-year-old Playmate twins Karissa and Kristina Shannon have moved into the Playboy mansion, but [they] aren’t his girlfriends — yet.

“It’s now apparent there will be some new faces in my personal life and on the show,” he said. “There’s been moments that I’ve been down in the dumps about all this, and (personal assistant) Mary (O’Connor) told me to cheer up and pointed out that there are girls lined up outside the front gate. At my age, that’s hard to believe, but it seems to be true.”

Uh, I hate to break it to you Hef, but the girls at your front gate are not after your hot bod. 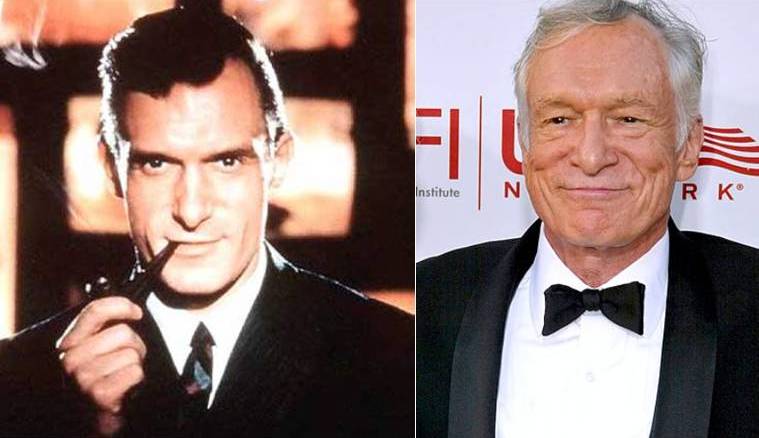