Scottish actor Ewan McGregor sat down with Men’s Heath magazine for a little chat recently and discussed his years of boozing it up and how he’s now a reformed man. Making the needed changes was easy he explained; all he had to do was visualize his own death.

“I wasn’t someone who could smoke or drink in moderation, and I recognized that those things would kill me. I started visualizing the doctor telling me that I had cancer from smoking or that I was extremely ill because of how much I’d been drinking. What kind of regret would I have if I had to tell my children or my wife that I was dying because of something I could have done something about? I didn’t want to be that kind of man.”

Someone who has not necessarily become a reformed man, especially where inserting his foot into his mouth is concerned, is Alec Baldwin. Most recently he made some choice comments about his need for a mail-order bride.

It didn’t offend me one bit, but I tend to not be offended by jokes and humor. After all, aren’t joke supposed to push the envelope?

So anyway, Alec Baldwin did what a good little celebrity is supposed to do and released a statement apologizing for his “offensive” comments.

I’d like to offer an apology and a clarification to remarks I made recently.

While on the David Letterman program, I joked that I might need a “mail-order bride” to achieve the goal of having more children in my life. I believe that most people understood that this was a joke and took it as such. (A dated reference, no doubt, and another sign of my advancing age.) However, I do apologize to anyone who took offense. The comments of some Philippine government officials come as no surprise to me, either. Even the one by a former action film star-turned-Senator who beckoned me to come to the Philippines so he could “beat” me over my comment. 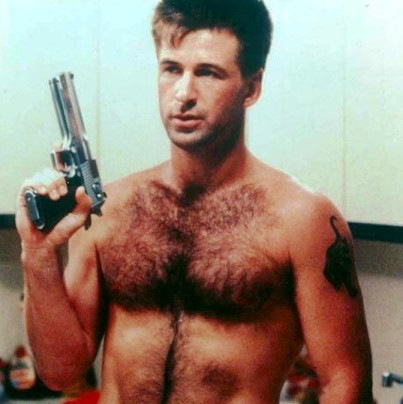