There’s news going around that Michael Jackson’s body will be taken to his Neverland Ranch in Santa Barbara county on Thursday July 2nd, for a public viewing being held on Friday morning, and that a private Michael Jackson memorial service will be held on Sunday July 5th.

Although there are rumors that Michael Jackson’s body will be laid to rest at Neverland, there is no actual concrete proof or official confirmation.

In an effort to appease the Santa Barbara community in which Neverland Ranch is located, Thomas J. Barrack Jr., who heads Colony Capital, the firm that currently owns Neverland, sent a letter to the residents that basically said Michael Jackson is dead, people are coming, you may not like it, but you’re gonna have to deal with it. Except he used fancier words.

If you’re interested in going to the Michael Jackson public viewing, the Neverland Ranch address is:

Although not all people in Neverland cease to age, its best known resident famously refused to grow up, and it is often used as a metaphor for eternal childhood (and childishness), immortality, and escapism. [source] 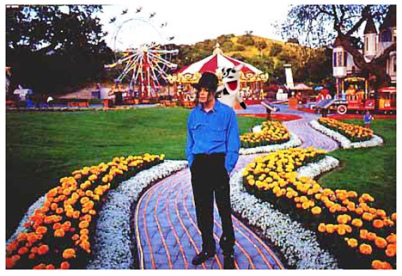