Question: Why did Avril Lavigne and Brody Jenner get matching F*ck tattoos on their ribs?

Yes, you read that right.

Singer Avril Lavigne – who I believe is not yet officially divorced – and reality TV star Brody Jenner walked into a tattoo parlor in Hollywood and asked to have the mighty 4-letter word permanently marked on their bodies.

This is not the first time Lavigne and Jenner have gotten matching tattoos; a little while back they each got a lighting bolt.

Am I the only one rolling my eyes right now?

Appearing very ragged the couple said they had “not slept for two days” as they staggered around Mark Mahoney’s Shamrock Social Club tattoo parlor in Hollywood.

A source told RadarOnline.com that Avril and Brody looked awful when they arrived at the shop. “They were laughing and said they had not slept in two days. They were completely, utterly out of it.

“Then nobody could believe it when they said they wanted the word F**K written on their ribs.

They were up for two days then had an obscene word tattooed on their ribs? I dare you to tell me there weren’t drugs involved. 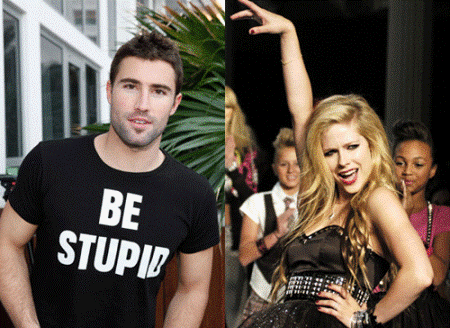