A memorial service will be held Friday at the National Memorial Cemetery of the Pacific in Honolulu, Hawaii for President-elect Barack Obama’s grandmother Madelyn Payne Dunham. “Toot” as Obama’s affectionately called her, died of cancer at the age of 86, just two day before the election.

The Obama family will not be there tomorrow, but the President-elect will visit Hawaii next month to pay his respects to the woman who helped raise him.

“She died peacefully in her sleep with my sister at her side,” the President-elect said on the last day of his campaign. “So there is a great joy as well as tears.”

“She was one of those quiet heroes that we have all across America,” Barack said of Dunham. “They’re not famous, their names aren’t in the newspapers, but each and every day they work hard. They look after their families. They sacrifice for their children and their grandchildren.” 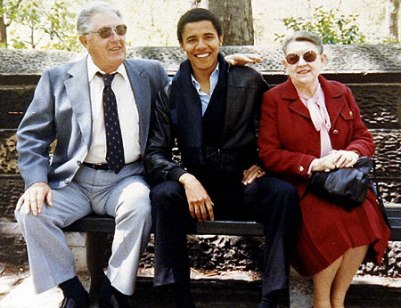 In a September 10, 2008 interview with the Late Show with David Letterman, Obama described his grandmother as follows:

Eighty-seven years old. She can’t travel. She has terrible osteoporosis so she can’t fly, but, you know, she has been the rock of our family and she is sharp as a tack. I mean, she’s just – she follows everything, but she has a very subdued, sort of Midwestern attitude about these things. So when I got nominated, she called and said, ‘That’s nice, Barry, that’s nice.'” 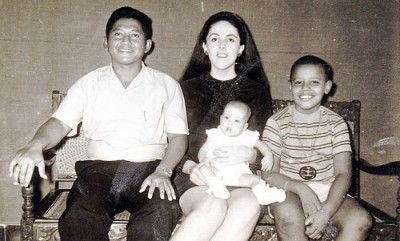