Home
Random Thoughts
Turn on your headlights in the rain; it’s the law and driving to Twain Harte

I’m not at all complaining about being unemployed – at least not yet – since the job I lost was basically managing the third ring of Hell. But with the Holidays right after and stuff, I’ve gotten out of my normal routine and seem to be having a little trouble getting back into it. Of course, moving within days of losing my job didn’t help much either.

It was absolutely pouring most of our drive up here – it should have taken us two and a half hours to get here from my new place, but it took about four.

So basically what that really means is that I spent four hours cussing out the drivers who didn’t have their headlights on.

Here’s the deal dill-holes…..if you’re using your windshield wipers, your headlights must be on. IT’S THE LAW. At least it is in California.

If it’s not an actual law on the books where you live, it’s a dang law of common sense!!

Hello!! If you’re using your wipers then your vision is compromised, hence it’s smart to have your lights on.

Man that crap bugs me.

When we got to the cabin it began to lightly snow; once it got dark (and I was doing laundry which I have to go outside to get to) the snow came down harder and actually stuck to the ground.

Even though we’re just staying here for one night I’m hoping it’s enough of a “getaway” to put my head back on straight.

Forget Stella, it’s Hilary who needs to get her friggin’ groove back. 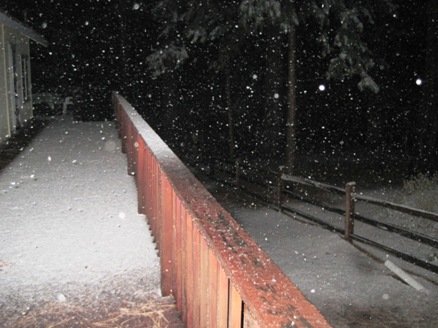 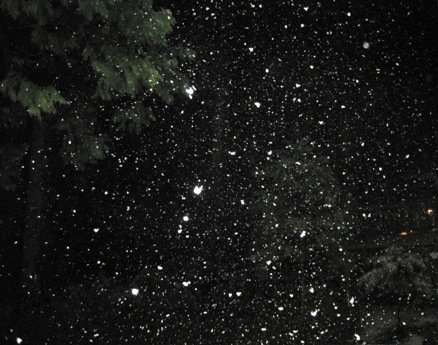