The problem with having a reputation like the one Charlie Sheen has is that when you’re caught up in a domestic situation, everyone assumes you’re the bad guy; even when you’re not.

This past Christmas Charlie Sheen and his wife Brooke Mueller had a little spat that allegedly culminated in Charlie holding a knife to Brooke’s throat. At the time Brooke also said Charlie verbally threatened to kill her.

The news hit the wires and everyone blasted Charlie. Of course he did it, they thought, just look at his past actions. Then we found out that little Miss Brooke was legally drunk at the time of the altercation. Well now that changes everything, they all thought.

Legal action was taken and the battling spouses were told to stay away from each other. Until Brooke was taken to the hospital and diagnosed with pneumonia, that is.

Now news comes that the reason Brooke Mueller developed pneumonia is because her immune system has been compromised by massive substance abuse, and she’s checked herself into rehab in North Carolina.

TMZ has learned Brooke and her mother flew by private jet to Elizabeth City Regional Airport in North Carolina yesterday. They landed at 5:58 PM ET. Brooke told people at the airport, “I’m not feeling very well.”

The pilot told airport employees Brooke would be in North Carolina “for about a week.”

Charlie Sheen’s wife Brooke Mueller is not in rehab, contrary to an Internet report — according to her attorney.

TMZ just spoke with Brooke’s lawyer, Yale Galanter, who told us Brooke is convalescing from her pneumonia and the infection she’s been battling.

Brooke is not there for drug rehab, Galanter says. She is at a place that cares for patients convalescing from serious illnesses. Galanter is clear … this is not a rehab facility.

Galanter says Charlie Sheen and the nannies are taking care of the couple’s two kids at the family house.

Galanter confirms what we first reported — that Brooke should be in North Carolina about a week.

So it’s possible she’ll be in Aspen for the hearing on February 8 to relax the protective order. 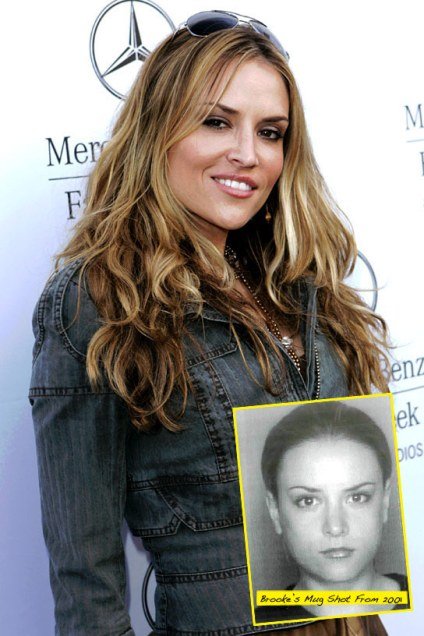