Kelly Osbourne, 25, and Luke Worrall, 20, have ended their two-year engagement amid rumors he cheated with some random female model he met at some random photo shoot recently.

Apparently she got over the initial rage and deleted the entry and decided that Twitter was a better venue for venting. She ‘tweeted’: Thank you all so much for your support but the matter is private and I will not be commenting. Enough damage has already been done!”

Later she added another message: “You can take my heart but NEVER my sense of humor!”

Hmmm…..Sharon Osbourne and Ozzy must have known something back in 2008 when their then 23-year-old daughter first became engaged to a guy five years her junior.

I’m not saying they necessarily knew Luke was going to (allegedly) cheat, but they certainly knew the young couple needed to wait before they took the plunge.

… when Worrall asked [Kelly’s] father for permission for her hand, Ozzy told him, “As long as you don’t take my baby from me in the next five years.”

Mom Sharon Osbourne is also in favor of an extended engagement.

“It’s not right for either of them to go into domestic bliss right now,” she says. “I was 29 when I got married [to Ozzy], and it worked. I’d waited until I’d done all the crazy things I wanted to do.”

When I look back and think about a certain person I could have married, I see how everything happens for a reason, and am thankful nothing ever came of it. Boy, am I thankful!! 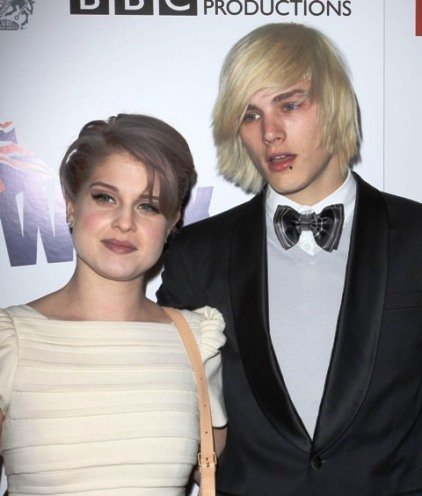