Remember on the last season of Celebrity Apprentice how Rod Blagojevich took every chance he could to tell someone – anyone! – how innocent he was and that he never lied and that they shouldn’t believe the hype?

Yeah, it drove me bonkers, too. I mean, when someone is that defensive, there comes a point when you ask just who they’re trying to convince.

Hopefully today’s Blagojevich verdict will put an end to the ex-governor’s rantings of innocence. Just sayin’.

Rod Blagojevich was found guilty on just one of 24 counts – making false statements to a federal agent. Obviously this ticked of the prosecutors and played right into the hand of the defense team.

While U.S. Attorney Patrick Fitzgerald told the Associated Press the government was ready for a retrial, Blagojevich and his attorneys slammed the feds–calling the trial a “persecution” and waste of money.

Blagojevich … said he did not lie–and his attorney Sam Adam Jr. said he takes the blame for not convincing jurors of just that.

“Yes, I’m talking to the next jury,” Adam said during a fiery press briefing after the trial. “You want to blame somebody … you look right at me.”

Blagojevich also addressed the media with his wife Patti by his side.

“I’ve told the truth from the very beginning,” he said. “This is a persecution. We have police officers who are being gunned down on the streets, we have children who can’t play in front of their homes in the summertime because they might get gunned down, and we have a prosecutor who has wasted and wants to spend tens of millions of dollars of taxpayer money to keep persecuting me.” 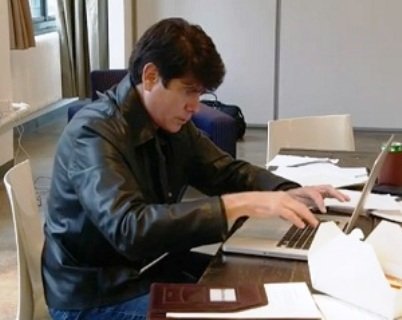