In case you haven’t heard (and if you haven’t, I hope you like the rock you live under), Charlie Sheen checked himself into an un-disclosed rehab facility on Friday seeking treatment for his obvious demons.

In theory, anyway. I wouldn’t be at all surprised if he checked himself out come Monday morning.

One person who is being vocal about their hopes of Charlie Sheen staying in treatment is Lindsay Lohan. According to sources close to her, Lindsay believes Charlie is right smack dab in the middle of a “life or death situation” and that his most recent bender shows “obvious signs of addiction.”

…after Sheen decided to check himself into a treatment center Friday afternoon, Lohan is confident he can get his life back together … if he commits himself to sobriety.

We’re told Lindsay “understands the problem of having the wrong people around and wants Charlie to understand that he needs to surround himself with positive, sober people.”

Speaking of which, whatever happened to Charlie’s sober coach who was supposed to stick to the actor like glue? 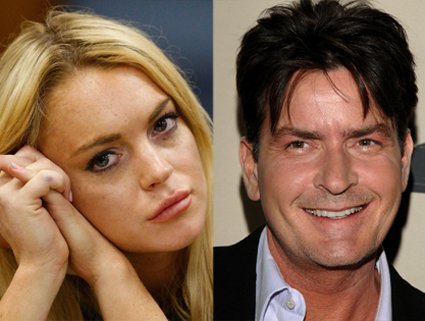