Tsk, tsk, Tracy Morgan. It looks like you’re big raunchy mouth has gotten you into a little bit of trouble once again.

It seems the funnyman was performing a live stage show in Nashville, TN last weekend when things got a bit out of hand. And by out of hand I mean he has seemingly managed to offend more people than he ever has before; which is saying something.

Even those Tracy Morgan is technically a joke-teller, many of those who were witness to his rant maintain the shock comic was dead serious when he “joked” that he would kill his son if he was gay, and kids who are the victims of bullies should suck it up and stop whining.

One such now-former fan of Tracy Morgan is Kevin Rogers, who took to his Facebook page to share why he no longer ‘likes’ the oft-offensive comedian.

… “I figured at some point the gay jokes would fly and I’m well prepared for a good ribbing of straight gay humor. I have very thick skin when it comes to humor; I can dish and I can take. What I can’t take is when Mr. Morgan took it upon himself to mention about how he feels all this gay s**t was crazy and that women are a gift from God and that ‘Born this Way’ is bulls**t, gay is a choice, and the reason he knows this is exactly because ‘God don’t make no mistakes’. He mentioned that gay was something kids learn from the media and programming, and that bullied kids should just bust some ass and beat those other little f**kers that bully them, not whine about it.

He adds, “He said if his son that was gay he better come home and talk to him like a man and not [he mimicked a gay, high pitched voice] or he would pull out a knife and stab that little N (one word I refuse to use) to death. Tracy then said he didn’t f**king care if he p*ssed off some gays, because if they can take a f**king d*ck up their ass… they can take a f**king joke.”

Tracy Morgan has since apologized for his behavior, releasing several statements to various media outlets.

“I want to apologize to my fans and the gay & lesbian community for my choice of words at my recent stand-up act in Nashville,” the comedian and “30 Rock” star says in an exclusive statement to Gossip Cop.

“I’m not a hateful person and don’t condone any kind of violence against others.”

“While I am an equal opportunity jokester, and my friends know what is in my heart, even in a comedy club this clearly went too far and was not funny in any context.”

What do you think about how the public has reacted to what Tracy Morgan had to say onstage? Did he say anything worse than Richard Pryor said in his day? Or George Carlin? Or Eddie Murphy? 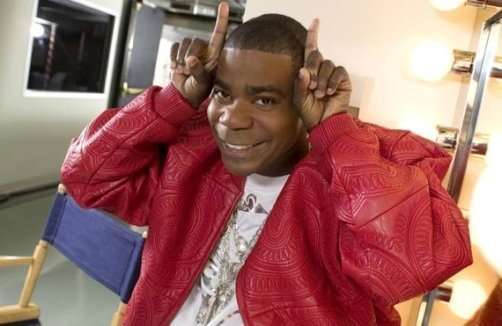