Oh relax, I’m just joking. I’m sure everything will be fine.

The Black Rock Desert is an arid region in the northern Nevada section of the Great Basin with a lakebed that is a dry remnant of Pleistocene Lake Lahontan. The region is notable for its paleogeologic features, as an area of 19th-century Emigrant Trails to California, and as a venue for rocketry and land speed records (Mach 1.02 in 1997).

I’ve been to the Black Rock Desert once before, in June 2009, but it was only for a couple of nights. This time around I’ll be there for a week! Ack!! 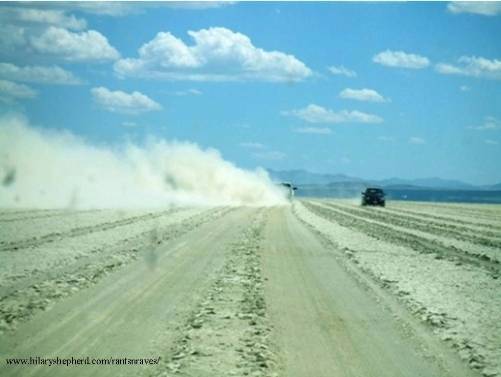