After filming at The Ellen DeGeneres Show, Lisa and I decided it would be fun to hit the Sunset Strip and pop on over to the Roxy. There was even a show going on that night, which was nice considering it was a Wednesday.

Yeah, well, not so nice was that there was a dang list we had to be on. Whateves!! And they were being sort of d*ckish about it, too. I mean really, we’re cute and were dressed correctly – what the heck was their problem? We had money to spend, for crying out loud!

So we went next door to the Rainbow Bar & Grill. Take that Roxy! 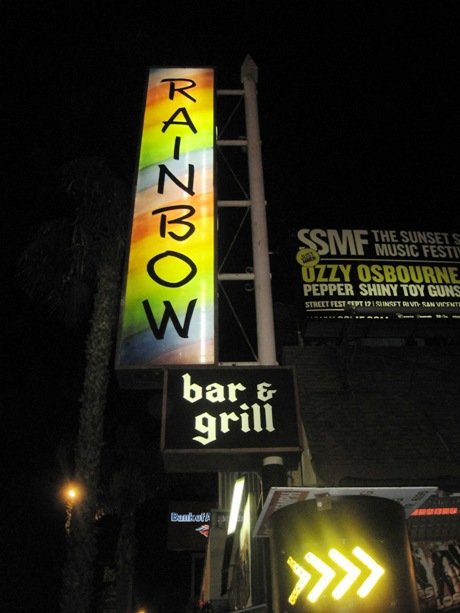 For those who don’t know, the Rainbow Bar & Grill is a Rock ‘N’ Roll haven, with rockers showing up, and/or performing, going back 38 years. In fact, the 38th Anniversary Celebration is on April 28th, if anyone is interested.

When we got there, one of the first people we met and talked to was Mike Weber, who has been the manager of the Rainbow Bar & Grill over 35 years. Boy, did he have stories! (Like how he set up former Guns N Roses drummer Steve Adler with his hot Brazilian wife) If you ever make it there, be sure to have a chat with Mike. 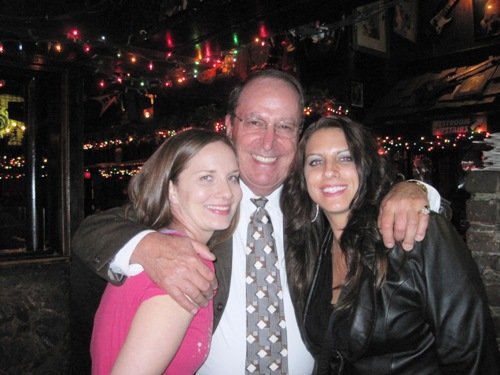 After ordering a few drinks, Lisa and I headed upstairs. We were greeted by a woman in full-on belly dancing regalia at the top of the stairs who told us about a performance her group was doing later.

We proceeded to the bar where we met Kat, who told us the belly dancers were awesome and that we were really in for a treat. After chatting with Kat and becoming instant best friends, we ordered some food and found the perfect seats.

Then the show began. 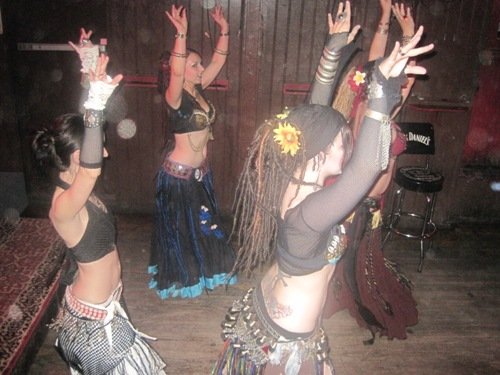 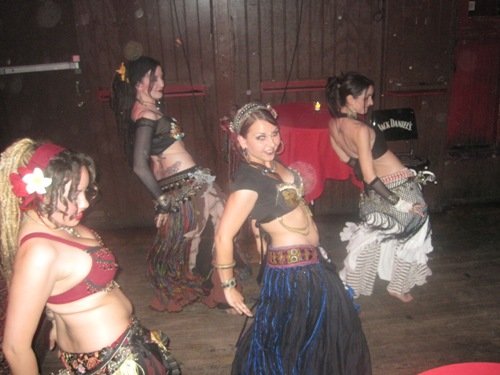 The still pictures do not do them justice. These girls were outstanding! 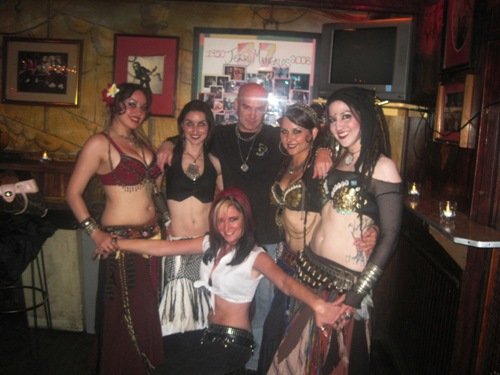 That’s Kat in the center. I believe the guy is the DJ.

Sadly, there is a horrible flash glow on my face, but I think you know what I look like.

Check out my Facebook Album for all the pictures from my Burbank trip. 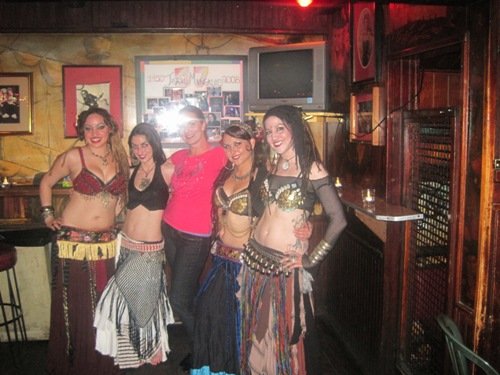