Our third day on the playa started off with glorious heat, almost too glorious to handle. More people had shown up during the night and our area was starting to really fill in and look like an actual neighborhood.

With neighbors comes waste, which brings me to the bathroom facilities. Believe it or not, they were quite satisfactory; I honestly have nothing bad to say about the porta-potties. They sat on almost every corner and were constantly being cleaned out and restocked. I have never had such a pleasant porta-potty experience. (There’s a sentence I never thought I’d say)

Around noon we headed out on our bikes to Center Camp in an effort to meet up with a friend of mine from college. It. Was. So. Hot. We never met up with her, which didn’t surprise us in the least – it’s a large place and there are countless ways to miss people. It turns out she didn’t arrive until that evening. Oh well, maybe next year.

There was plenty else to do. 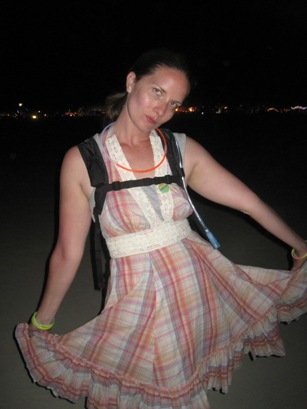 In addition to the incredible vehicles, there are several works of art – interactive and otherwise – spread across the playa. Some were statements on society, some were better appreciated at night when lit up, and others shot fire. I really like those ones.

Man! I wish I took more pictures. Shame on me!! 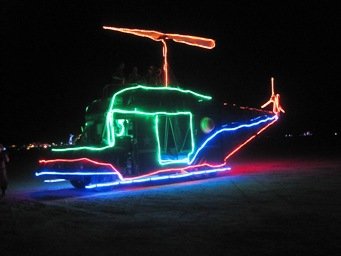 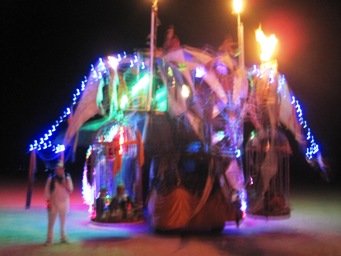 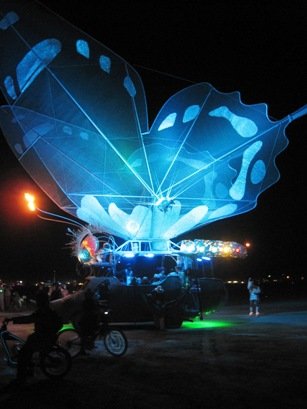 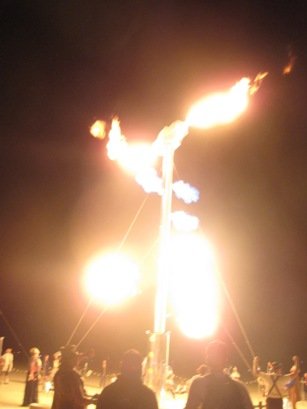 A place we often stopped was the called the Thunderdome – a huge dome in the middle of which people are tethered and beat each other with foam bats. How can that not be fun? One of my favorite things to see at the Thunderdome were all the people climbing on the dome and perching themselves above the activity. 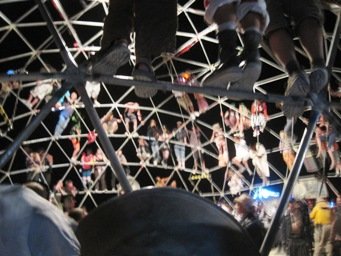 The rest of Wednesday night was spent at the music stage area for Opulent Temple. We spent most of our nights there, actually.

Wednesday was followed by Thursday – another hot day with blisters. No bike riding that day though, so my butt got a break from the bat for a day, which was nice. It was also nice that there hadn’t been a huge wind storm yet.

Then came Friday night. Oh. My. Holy. Crap. Talk about full body exfoliation!! Perhaps it wouldn’t have been so bad if all hell had broken loose during the day. But nooo! Not only did the sand storm gods reign down while it was dark, they did it the one night we chose to ride our bikes. I fell three times that night. At one point my handle bars bent.

All we wanted to do was get back to our RV and drop off our bikes. This is where the saving grace of The Man comes in.

Within minutes of leaving Opulent Temple, the winds picked up and the boyfriend and I became separated. I prayed he wasn’t looking for me and was going back to camp, as I headed in what I thought was the right direction. In case you didn’t know, it’s extremely easy to get disoriented while in the midst of a great sand storm at night. Literally the only thing I could consistently see was The Man.

Somehow I made it back to our RV. My feet were swollen to the point of cankle and I was a beautiful shade of playa dust white. Why we didn’t take a picture I’ll never know. Apparently we weren’t thinking straight. Well, clearly, since we decided to go back out into the mess. 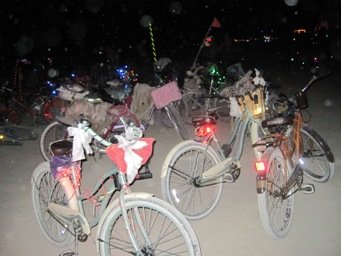