Home
Hollywood Gossip
Rihanna And Chris Brown Are Back Together! WTF??

If what’s being reported is true, this is just sad.

Rihanna and Chris Brown are back together, PEOPLE has learned exclusively.

The pair have reunited almost three weeks after Brown, 19, allegedly battered the “Umbrella” singer on Feb. 8, a source tells PEOPLE.

“They’re together again. They care for each other,” says the source. The on-again couple are currently spending time together at one of Sean “Diddy” Combs’s homes.

Adds the source: “While Chris is reflective and saddened about what happened, he is really happy to be with the woman he loves.”

In its latest issue, PEOPLE reports that Brown called Rihanna on her 21st birthday one week ago. “He called to wish her happy birthday,” a source told the magazine. “They’ve reached out to each other. It’s been mutual.”

Brown was booked by LAPD for making criminal threats but the case has not yet been presented to the District Attorney, who will ultimately determine which charges, if any, will be prosecuted.

This is not going to end well, mark my words. 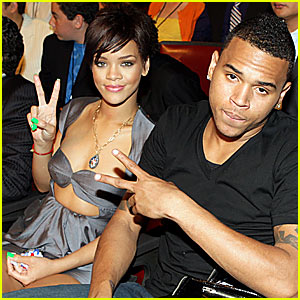 The abuse and your failed efforts to stop it, erode your self-confidence, devastate your self-esteem and destroy your sense of self-worth. You become fearful, insecure and dependent. Everything in your life eventually revolves around your abuser, their moods and their needs. You become a non-person, and as such, you are reduced to existing as your abuser’s “possession.”

…This insidious repetitious cycle will break you so smoothly, there’s an excellent chance you won’t even realize you’ve lost yourself. For some people it may take years… but it will break you.

Each time you take a spin on the Cycle of Abuse you lose a little piece of yourself. You never quite make it back up to your top again. Oh I know, you may think and believe you have… but you haven’t. Every cycle of abuse takes you lower and lower and lower until one day, there is nothing left of you. You just don’t recover. Look closely at yourself and your life feel your feelings… listen to your own heart… reach into your spirit.
[Source]