Michael Lohan, who has four children from his marriage to Dina Lohan – including hot mess Lindsay Lohan – says one of the reasons for their walk down the aisle is Kate’s desire to immediately have children.

Oh my god! Has Kate not looked at how (not) well Michael’s children have turned out? Does she really want to get all mixed up in that gene pool? Ewww.

… [Michael] says journalist Kate Major is desperate to have children and the couple are practicing “at least four times a night.”

He said: “Kate wants a baby. Since I’m getting no younger, we practice. We agreed, that if she does get pregnant, one is enough.”

Michael Lohan and Kate Major say they’re getting married in New York later this year and Michael hopes all his children will be in attendance, tell the TV show Access Hollywood:

“The wedding will be at Oheka Castle on Long Island. I hope that Lindsay and the rest of my kids will be there if Dina doesn’t thwart it like she did my dad’s funeral. Some things in life are sacred, yet some know what that word means. Such as family.”

I hope Michael Lohan isn’t planning on holding his breath until his kids get on board, ‘cause I don’t think their support is going to come anytime soon.

When asked about her father’s engagement, 23-year-old Lindsay Lohan responded with, “I’m gonna vomit! I so didn’t need that info… Yuck!” 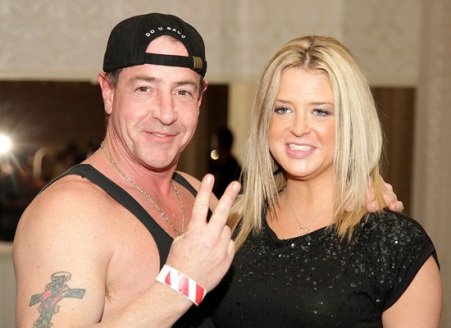