George Sodini walked into a “Latino impact” dance class at an L.A. Fitness gym in Pittsburgh, Pennsylvania on Tuesday August 4, 2009 and opened fire – killing Heidi Overmier, 46; Elizabeth Gannon, 49; and Jody Billingsley, 38, before turning the gun on himself.

Since the shooting, more and more disturbing details have emerged about George Sodini. Like how he hadn’t had a girlfriend since the early 80s, and that he chronicled his sad and lonely life on a blog, and even spoke of his murderous intentions.

Apparently no one noticed all of this – which I’m sure contributed to his feelings of isolation and no one caring or paying attention.

But now George Sodini is finally getting what he always wanted – attention – except he’s dead so he can’t enjoy it.

Whenever there is an incident like the health club shooting Tuesday night at an L.A. Fitness gym in Pittsburgh, Pennsylvania I wonder if the shooter who so desperately wanted the attention, realizes they’ll be dead when the attention hits.

If just one person had read George Sodini’s blog and taken it seriously, perhaps the three women would still be alive. The day of the shooting Sodini updated his website with the date of his death: 8/4/09.

Forensic psychologist Naftali Berrill, who read the Sodini blog says, “These are the rambling messages of a likely psychotic” and display characteristics of a man who has been “severely depressed for a long time.”

The image that emerges from his blog is that of a loner — a psychopath, routinely rejected by women who spent a year casing the gym and plotting his revenge on the “the young girls here [that] look so beautiful as to not be human, very edible.”

A combination of feelings of neglect, loneliness, insanity, and perhaps a fear of losing his job may have all contributed to what set off Sodini, a seemingly by-the-book computer programmer from Pittsburgh, experts said.

The loner, who feels he was neglected as a child and seeks attention through killing, fits the classic profile for a mass shooter, law enforcement officials said. Forensic psychologists who study killers told ABC News.com that judging from Sodini’s writings he was likely severely depressed and felt that the shooting was the one way he could garner people’s interest in him.

The deadly events of August 4, 2009 were a year in the making. The George Sodini online diary begins…..

Why do this?? To young girls? Just read below. I kept a running log that includes my thoughts and actions, after I saw this project was going to drag on.

November 5, 2008:Planned to do this in the summer but figure to stick around to see the election outcome. This particular one got so much attention and I was just curious. Not like I give a flying —- who won, since this exit plan was already planned. Good luck to Obama! He will be successful. The liberal media LOVES him. Amerika has chosen The Black Man. Good! In light of this I got ideas outside of Obama’s plans for the economy and such. Here it is: Every black man should get a young white girl…. Kinda a reverse indentured servitude thing. Long ago, many a older white male landowner had a young Negro wench girl for his desires. Bout’ time tables are turned on that —-. … LOL. More so than they dig the white dudes! Every daddy know when he sends his little girl to college, she be … real good. I saw it. “Not my little girl”, daddy says! (Yeah right!!) Black dudes have thier choice of best white —-. You do the math, there are enough young white so all the brothers can each have one for 3 or 6 months or so.

December 22, 2008:Time is moving along. Planned to have this done already. I will just keep a running log here as time passes. Many of the young girls here look so beautiful as to not be human, very edible. After joining this gym, started lifting weights and like it. Much info about weight programs, diet etc on the web. Or anything for that matter. Instead of TV I can Google for hours to relax. TV and most movies are dull.

The full text of George Sodini’s blog can be found at Starcasm.net. Obviously the stuff he wrote is weird and pretty disturbing. You have been warned. 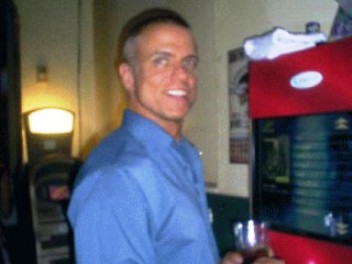