How come no one ever talks about how big Lisa Vanderpump’s butt is? I can’t stand it anymore.

I’m talking about it!!

Lisa Vanderpump, a beautiful and successful British woman who can currently be seen weekly on Bravo’s The Real Housewives of Beverly Hills, has a whole lot of junk in her trunk. It could totally give Kim Kardashian’s derrière a run for the money.

Baby got back! Seriously.

Here’s another question about Lisa Vanderpump’s ass… how come I can’t find good pictures of it?? It’s a great ass! There should be pictures of it all over the internet! Is there a special clause in her contract stating her booty shall never be photographed? Herumph.

The pictures below are literally the best pictures of Lisa from behind that I could find. I’ve been perusing videos too, but still nothing. Which is actually kinda weird, since I seem to scream at the TV every Monday night about how big her backside is (in a good way, of course).

Do you have any pictures or video of Lisa Vanderpump’s butt? I would love to see them! As would my audience, I’m sure. 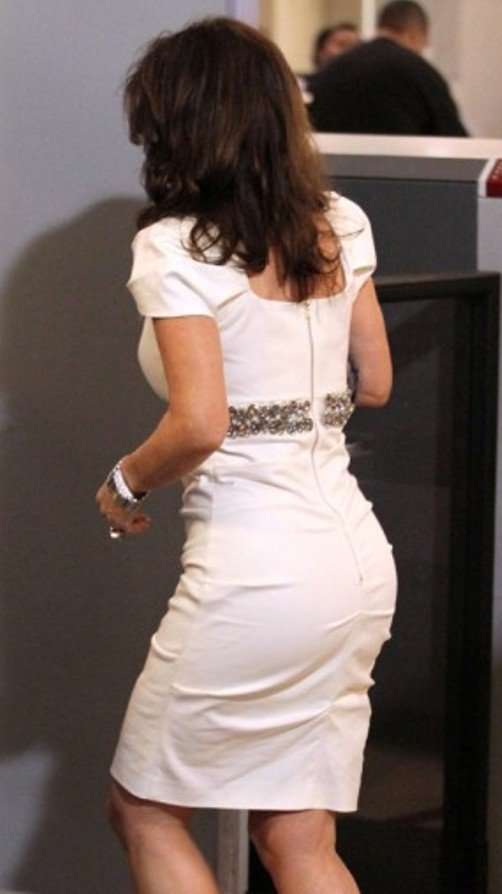 Fun facts about Lisa Vanderpump (other than having a magnificent ass):

– Lisa and her husband Ken have been married for almost 30 years and have two children, Pandora, 25, and Max, 19.

– Starting at the age of nine, Lisa was full time student at a drama school in England and appeared in several children’s films and television series.

– As an adult, Lisa has acted in several television shows, including Baywatch Nights and Silk Stalkings.

– Lisa and her family have lived many places, including London, the English Countryside, and the South of France. For the past six years they have resided in Beverly Hills.

This post has been dedicated to my favorite Becky – Miss Diva Julia of Dipped In Cream.