Home
Hollywood Gossip
Simon Monjack Had A Secret. Or Two.

We always had a feeling he was a sneaky man – that he just didn’t “sit right” with us. Was he with her for her money? Were there drugs involved? Just what was Simon Monjack’s story?

Well apparently, he had two kids no one knew about.

Didn’t really see that one coming, now did we?

According to reports, Simon Monjack’s mom and brother, along with Simon’s therapist, went through Simon’s computer and found some interesting emails. Not one, but two women had sent emails to Simon Monjack demanding he pay them money for child support.

Word has it the kids are a boy and a girl, and that Simon Monjack was sending large amounts of money to lawyers as well as a third party in Europe as some sort of settlement.

For some reason Monjack’s family decided to give the laptop to the coroner’s office for further investigation. I’m not sure what they think the coroner can do with it, but whatever.

Simon Monjack’s former mother-in-law Sharon Murphy reportedly flipped out when the family took the laptop from the home and filed a theft report with the police.

So what else are they gonna find on Simon Monjack’s laptop? A sex tape of him and Brittany Murphy? Dirty pictures of Sharon Murphy?

This has the potential of getting really good and juicy. 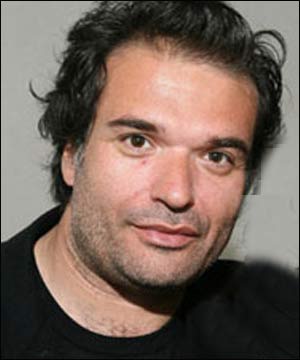