According to reports, Kelly Preston and John Travolta welcomed a baby boy into their home on Tuesday, naming him Benjamin. The 8-pound 3-ounce boy was born at an undisclosed hospital in Florida.

The couple’s spokeswoman, Samantha Mast, said in a statement that John, Kelly, and their daughter Ella Bleu, “are ecstatic and very happy about the newest member of the family.” The statement also said Preston and baby Benjamin “are healthy and doing beautifully.”

Notice how the report didn’t say that Kelly Preston gave birth? There’s probably a good reason for that…..

“FauxBelly went to a big party last week. Prior to the event, a producer friend’s special effects team created a pregnancy prosthetic that wouldn’t require shoulder, chest, or waistline support. It was lifecast from a real pregnant woman, and actually glued directly to her torso. They had to experiment quite a bit, as the usual adhesives were smelly, highly chemical, or left a rash. They settled on a glue applied on top of a barrier cream.

FauxBelly got a little overconfident, though, and started moving around too much. The bump started to peel off. In a panic, she raced to the restroom with her assistant and the FX expert, removed the belly, repositioned it, and glued it back in place. She barely moved the rest of the evening.”

“You’ll be delighted to hear that this celebrity is having just the easiest pregnancy ever! No morning sickness, no swollen feet, and lots of energy. It is truly amazing how much easier pregnancy is when you don’t actually have to carry the baby. Anyone happen to catch her in a bathing suit this summer?

Of course not. In other news, she has just upgraded to the largest size belly bump for the last trimester. It is big, and she’s finding it uncomfortable to wear, so don’t expect to see her out and about more than once or twice in the next few weeks.” 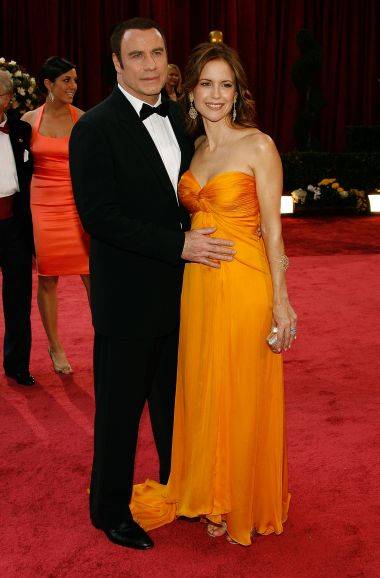