Having been found guilty of the August 2008 attempted murder of his former girlfriend, 38-year-old Kendra Beebe, actor Shelley Malil, 45, was sentenced to 12 years to life behind bars, on Thursday.

Read: Actor Shelley Malil Says He Stabbed Kendra Beebe On Accident. Over And Over.

Kendra Beebe…was stabbed more than 20 times with a butcher knife when Malil unexpectedly went to her apartment in San Marcos.

The sentence by Judge Harry Elias includes the possibility of parole. During the trial, Malil testified that he began lashing out when he felt a friend of Beebe was about to attack him.

Malil apologized before the sentencing. “For what I did to Kendra, I don’t have words to express my remorse,” he said.

Prosecutors said Malil could be eligible for parole in about 10 years.

Beebe, in court for the sentencing, said she is refusing to let the attack ruin her life.

“She’s lucky to be alive,” said Deputy Dist. Atty. Keith Watanabe, the prosecutor, “Not many women survive being stabbed 23 times. This is every woman’s nightmare; a former love coming back to kill her.”

So how long before Shelley Malil is released due to over-crowding? You know he will be. But not before he has the chance to give a jailhouse interview, I’m sure. 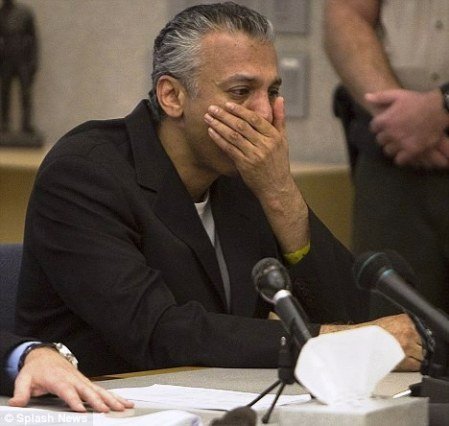