Erwin received an Emmy nomination for his turn as Sid Fields, an embittered man whom Jerry Seinfeld’s character volunteers to look after — but then loses — in an episode involving flying dentures, a giant goitre and a Senegalese housekeeper.

In addition to being an actor, Bill Erwin was a self taught cartoonist whose work was published in the New Yorker, Los Angeles magazine, and Playboy.

He also played Arthur the Bellman in the 1980 film “Somewhere in Time,” a time-traveling romantic drama starring Christopher Reeve and Jane Seymour. Erwin returned many times to the Grand Hotel on Mackinac Island, Mich., the film’s setting, to participate in annual fan celebrations.

The Texas native had a long career on stage, working on Broadway and locally in southern California. Among his numerous TV commercials was a Dreyer’s Ice Cream spot in which he played an old man notified by his wife that “Dessert’s ready, it’s Dreyer’s Ice Cream.” That prompted Erwin’s chair-bound character to leap up and break dance.

I couldn’t find a video of Bill Erwin as Sid Fields that I could embed into my site, so you’ll have to visit YouTube to see Seinfeld the Old Man. 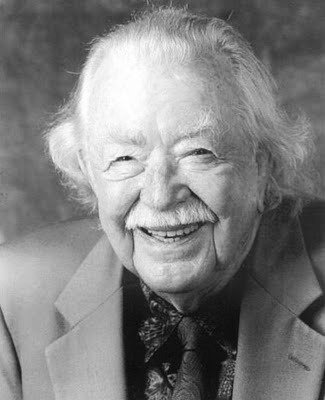