Mark my words…..Paz de la Huerta is going to be the next celebrity to enter rehab at the request of those closest to her.

What makes me say this? Oh, I don’t know…..maybe it’s all her recent drunk-in-public antics. Once a celebrity starts flaunting their addictions in public, you know rehab is just around the corner.

The Boardwalk Empire actress was arrested this past Sunday in New York after allegedly throwing a glass at MTV reality show personality Samantha Swetra, as well as punching her in the face.

Here’s what reports are saying led up to the confrontation…..

Paz de la Huerta and Samantha Swetra were partying at the Top of the Standard nightclub with their respective parties – Lindsay Lohan happened to be in Swetra’s group, by the by – when Paz starting hitting on a male companion of Samantha’s.

According to the New York Daily News, de la Huerta was drunkenly stumbling towards Swetra’s table, when she crashed into an adjacent table; exposing one of her breasts “hanging out of her dress.” Finding this funny, Samantha Swetra reportedly yelled “triple axel!”

That’s when all hell broke loose and de la Huerta threw a glass at Swetra’s leg then clocked her right in the kisser.

Sources have told the Daily News that Samantha Swetra was seen after the altercation with a swollen lip and facial bruises.

Paz de la Huerta is due to appear in front of a judge on April 18th. 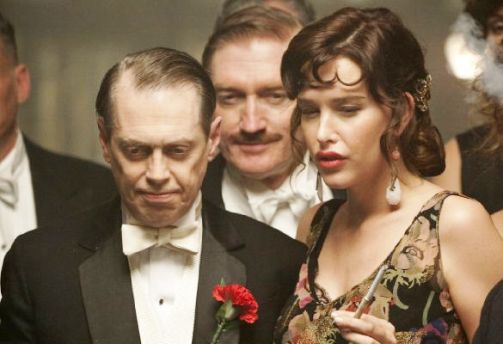