I hope all you mommies had a great Mother’s Day yesterday. My mommy is out of the country, but my sister’s family and I had a breakfast for our Grandma which was really fun.

Then the boyfriend and I went to San Francisco for the 11th Annual How Weird Street Faire. This year’s theme was “Bollyweird” – complete with an attempt to break the World’s Record for number of people in one place doing the Cosmic Dance*. I’m not sure yet if the record was broken – they needed more than 1,111 people – but there were certainly enough people present to make it happen. 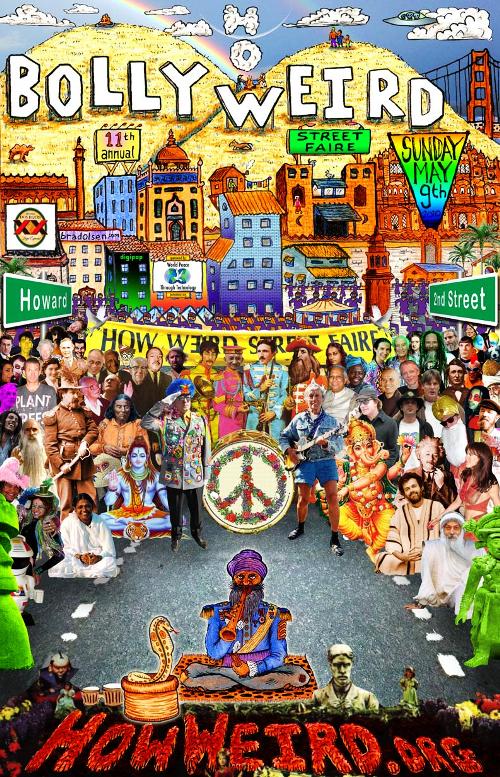 … The How Weird Street Faire celebrates San Francisco’s creativity, community, diversity, and conscious awareness. The How Weird is also the unofficial start of the city’s famous street fair season, attracting people from around the Bay Area and the world.

The How Weird Street Faire brings together a wide range of eclectic styles and communities. For 11 years the faire has grown and expanded its experience of a place where cultural diversity is celebrated, yet where our differences are fewer than our similarities. A place where common appreciations overpower prejudices. The How Weird Street Faire has made learning the foundations of peace as simple as walking down the street, and hopefully stopping to dance. 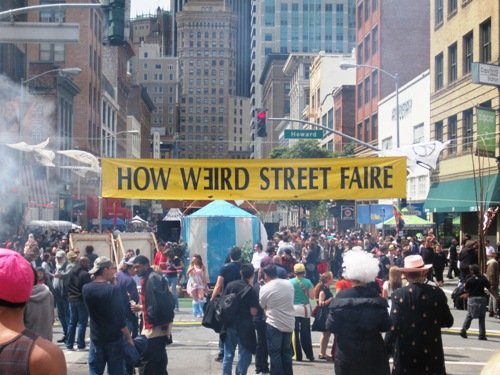 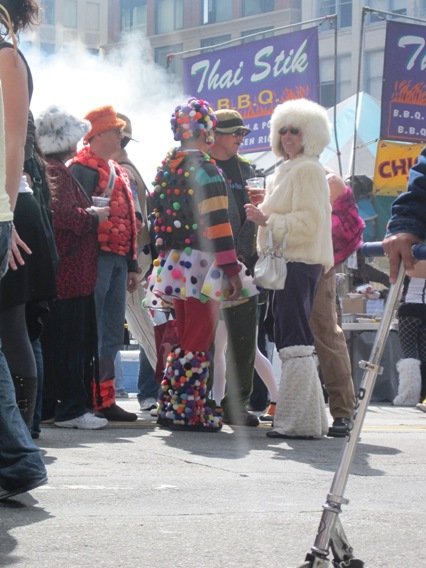 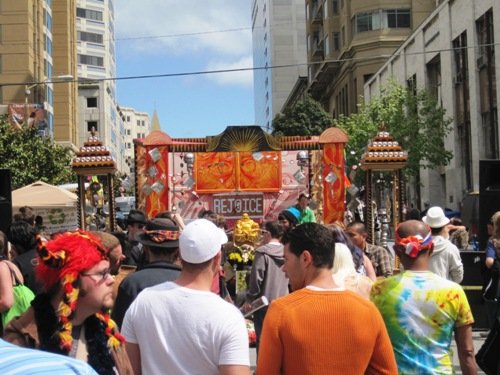 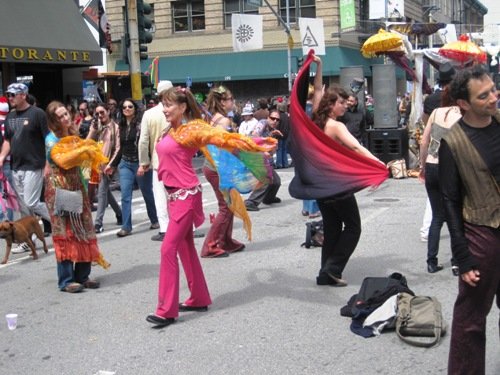 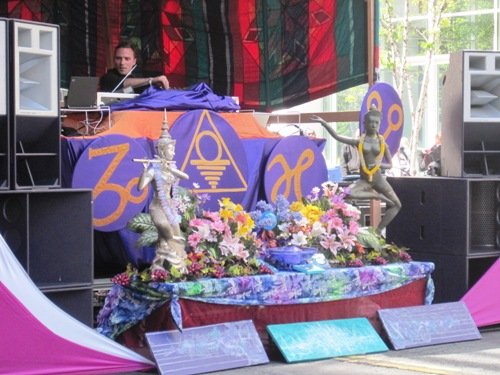 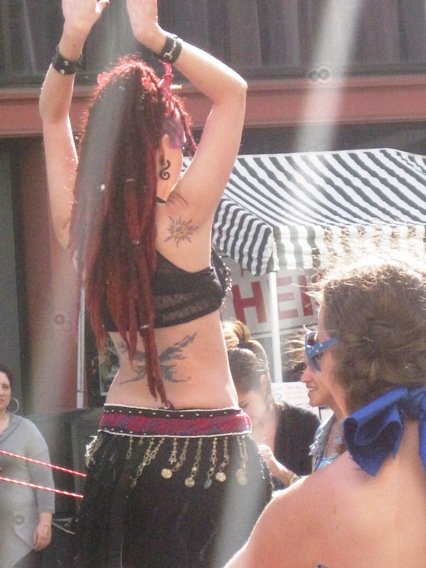 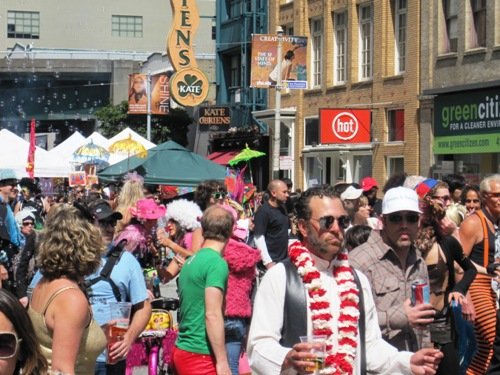 There’s no way for me to pick my most favorite part of the Faire because it’s all just so great and wonderful. The colors, the costumes, the dancing in the street – I just can’t get enough!

If I have to pick just one thing to classify and “the best,” I would have to say it was the fog machine between my legs. Seriously. The fog was warm on my lady parts and a “weird” experience I had never had before. I’m sure I’m in a zillion photo albums now. The fog that was passing through my leg tunnel was actually directed towards a group of performers who were almost too flexible for comfort. 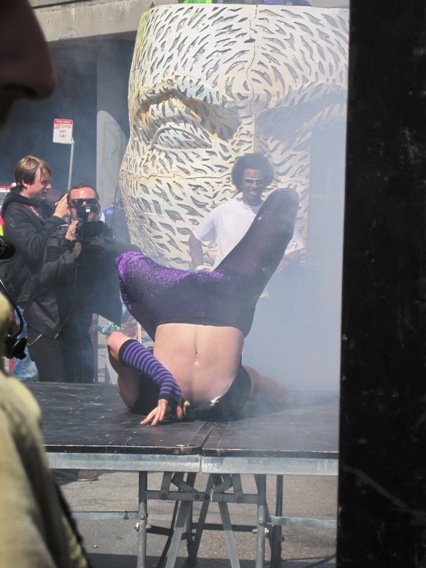 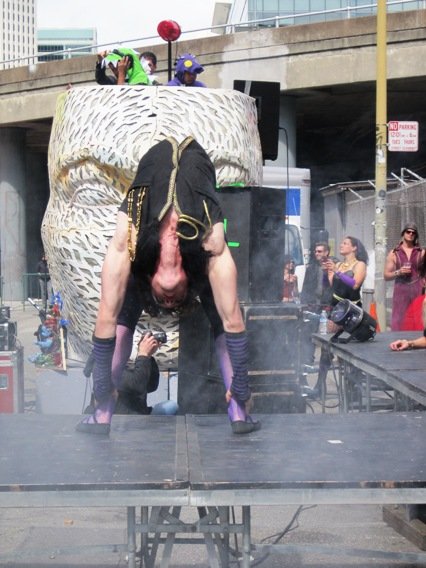 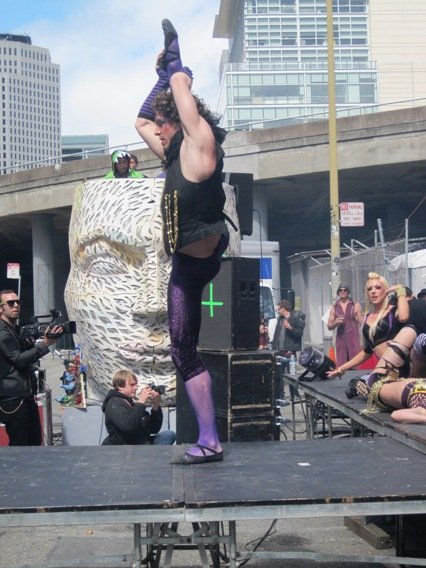 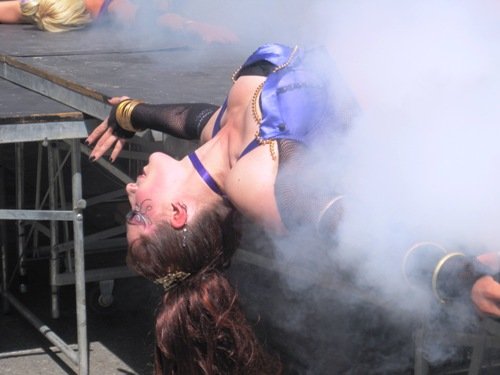 Check out my How Weird Street Faire Facebook Album for all the pictures I took.

The Cosmic Dance is a concept from India that represents the movement of the universe, from the galaxies and planets, to all life, to subatomic particles. Dancing is the only art in which the artist and the art created are one and the same.

According to Hindi mythology, Lord Shiva is the Cosmic Dancer who performs his divine movement which perpetuates the process of creation. The Cosmic Dance of Shiva is called Ananda Tandava, meaning the “Dance of Bliss,” and symbolizes the cosmic cycles of creation and destruction, as well as the daily rhythm of night and day.

According to Fritzof Capra, “the Dance of Shiva symbolizes the basis of all existence. At the same time, Shiva reminds us that the manifold forms in the world are not fundamental, but illusory and ever-changing. Modern physics has shown that the rhythm of creation and destruction is not only manifest in the turn of the seasons and in the birth and death of all living creatures, but is also the very essence of inorganic matter. According to quantum field theory, the dance of creation and destruction is the basis of the very existence of matter. Modern physics has thus revealed that every subatomic particle not only performs an energy dance, but also is an energy dance; a pulsating process of creation and destruction. For the modern physicists then, Shiva’s dance is the dance of subatomic matter, the basis of all existence and of all natural phenomena.” 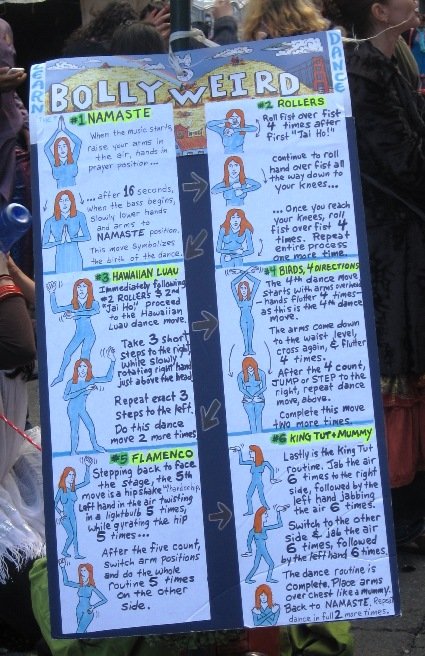 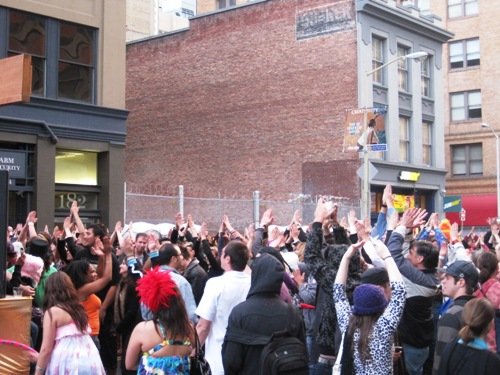