On this day in 1981, ABC aired the last episode of the soap opera parody Soap. The episode, however, was not meant to be the series finale, and created several cliffhangers, only one of which was resolved – two years later through the dialogue of the spin-off show, Benson.

Similar to a soap opera, the show’s story was presented in a serial format and included melodramatic plot elements such as amnesia, alien abduction, demonic possession, murder and kidnapping. [source] 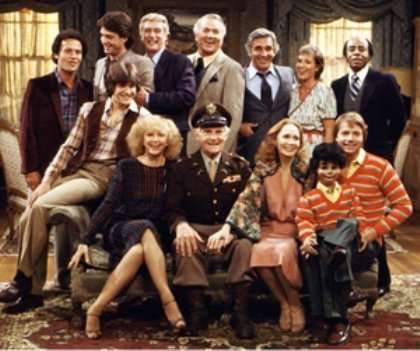 Created, produced, and written by Susan Harris, the weekly half-hour prime time sitcom ran for a total of 85 episodes over four seasons, before it was canceled due to declining ratings.

Susan Harris had already developed a story arc that was to go from season four to season five, so when the cancellation took place, more than one storyline was left suspended in mid air; including an ambush on Burt orchestrated by his political enemies, a suicidal Chester preparing to kill Annie and Danny after catching them in bed together, and Jessica facing execution at the hands of a Communist firing squad.

In the 1983 episode of Benson, Jessica’s disappearance is addressed when it is discovered that the Tate family is seeking to have her declared legally dead. In the episode, Jessica appears before Benson as an apparition only he can see, and reveals to him that she is not dead, but rather in a coma somewhere in South America.

Check out the final scene of the final episode of Soap, which aired 30 years ago today: