Pryor Hart hated French. She wondered daily what had possessed her to take the stupid class. She vowed each evening to drop it, and yet, she’d find herself the next night, well after midnight, struggling over the conjugations of a language that wanted to be spoken through the nose. If the French spelled words the way they sounded she’d have a better chance. But instead, out of spite no doubt, the belligerent French added three or four silent consonants to a word, just to make her life suck. Pryor hated French.

She should be doing anything at twelve-fifteen in the morning except grunting and snorting her way through another exercise. Matter of fact she was supposed to be hanging out with her boy friend but instead she was manufacturing mucus and snorting the night away – alone. To make her life worse, there was no more Diet Pepsi left in her mini-fridge. “Nous n’avons pas de Pepsi Lite,” snort, snort.

Pryor rose from her desk, stretched, and bounded the six steps across her cozy, third-floor dorm room to head downstairs for a much needed caffeine fix. She grabbed her keys and some change from the dresser. She considered changing out of her oversized nightshirt into her sports bra and shorts—in consideration of the fact that Algren House was a co-ed dorm. She decided against it. No one in the house would be shocked at the sight of a girl in her T-shirt and panties; they’d all seen that and much more.

Pryor stopped in front of the mirror that hung loosely on the closet door. At five-foot-eight inches tall she was solid and athletic. She pulled her t-shirt tight at the waist and critiqued her profile. She mostly liked what she saw from the side, good boobs, and almost small-enough waist. Consequently, as the door closed behind her she passed by the elevator and opened the door to the stairs. She loved what running up and down the three flights did for her legs, gut and especially her butt.

The third floor was reserved for the senior girls who had lived all four years in the dorm. There were only two rooms occupied at that time. Pryor’s floor mate, a spoiled daddy’s girl from Wenatchee, had been spending a lot of time at her boyfriend’s, unbeknownst to daddy of course. Pryor usually enjoyed the entire floor by herself.

As she reached the bottom of the cinder-block stairwell, she pushed the crash bar that opened the fire door and marched into the downstairs lobby.

She turned the corner and burst into the Common Room. The Common usually bustled with activity well after midnight and tonight was no exception. Three guys and two girls sat around an ancient, glass topped coffee table playing Scrabble. One of the guys, wearing a green and yellow John Deere baseball cap and sporting two days growth of adolescent facial hair saw her as she passed and yelled out, “Nice outfit, Hart. Got a big date with the Gonzaga jock?” They all laughed seeing her in her Bulldog nightshirt. The Gonzaga jock was her boyfriend, a star athlete at the private Jesuit school in Spokane; the Bulldog was their mascot.

“Date?” She attempted her best hillbilly accent, “Try and control your trailer trash self, but I’m off to a tractor pull. I just have to knock out my two front teeth, then get myself knocked up and I’ll be all set.”

“Oohh, that was cold,” laughed one of the girls.

She walked laughing to the vending machines at the end of the hall. Dropping in her fifty cents, Pryor pushed the Diet Pepsi button. The machine hummed, clunked, and released a white can of soda highlighted with the familiar red and blue Pepsi logo. Pryor popped the top and took a cold, bubbly swig.

A questionable play by one of the Scrabble contestants caused a roar of laughter as another player challenged and dove for the dictionary. The raucous sounds of the room faded as she walked back toward the stairs slapping her sinuses together practicing her assignment.

“Je mange une pomme, J’ai mange’ une pomme, Je veux manger une pomme.”
She failed to see the shadow in the far corner of the lobby slither behind her.

Grabbing the yellow handrail, she bounded up the stairwell two steps at a time. As she passed the faded, green-stenciled sign indicating the second floor, she heard the door at the bottom of the stairs open and, oddly, felt a bit more comfortable knowing she wasn’t in the dimly lit stairwell alone. She hit the third floor, pushed through the door and, invigorated by the caffeine rush, danced up the hall humming an off key version of “Frère Jacques.”

The hydraulic arm closed the stairwell door slowly behind her.

Arriving at her room, she deftly slid the key into the lock, pushed open the door with her elbows, and bumped it closed with her hip – but not quite hard enough to latch it.

She dropped her keys in their little nook on the dresser next to the picture of her Gonzaga stud, to whom she blew a kiss, and crossed to her desk to resume her nasal recitations. Picking up her notes she began pacing as she read aloud, still holding her can of soda and alternating sips with snorts.

She caught the movement in her peripheral vision and whipped her head around, the hair on her arms immediately rising on end.

Standing in the doorway was a man she didn’t know.

His greasy, black hair was shoulder length and a ratty, black moustache twitched on his lip. He wore black Nike tennis shoes, Hammer pants, tight at the waist and the ankles.
His dark t-shirt stenciled with ‘Button Your Fly”, barely covered his muscular physique.
She reacted immediately.

“You have two seconds, Asshole, to get the hell out!” Pryor moved toward the phone.
“Please don’t. I’m not going to do anything to hurt you,” the man said in an unexpected placid tone. His foot moved backward and gently tapped the door. It closed obediently and slowly, shutting them in together in her private sanctuary.

“You take one step toward me and I’ll rip your balls off. Get the hell out or you’ll be sorry.” She picked up the phone and started to dial.

“I’ll be gone in a minute. I just need your help.” His hands pushed into his pockets and his head tilted slightly to the left. She stopped dialing and looked at him.

“What do you want?” she demanded, standing as tall as she could.

The man dropped his head and looked at the floor. He shuffled his feet, moving a step closer to her has he did, his voice calm and steady.

“It’s not what you think. All I really want is…” and suddenly he leapt across the tiny room, his body language becoming predator-like and dangerous. He grabbed her by the throat, dragging her to the floor.

Still holding the phone she swung it at him. He deftly blocked the attempt, grabbing it out of her hand. Her mouth opened to scream just as he smashed the red base into her face, knocking out a front tooth and stifling the sound. The Diet Pepsi can flew across the room spraying its contents as it bounced. He forced her to the floor, grabbed her shoulders and flipped her onto her stomach like a rag doll in the jaws of a Rottweiler. At the same time, he slid her feet under the bed frame. Slamming his knee into the center of her back, he pinned her to the floor. Her ribs cracked as he pressed his knee down harder and leaned into her, burning her ear with his beer-saturated breath.

“I need your help,” he said as though they were on a first date. He grabbed her hair and yanked her head up, exposing the soft skin on her throat. “I need to know what you feel about pain. How much do you think you can stand?”

He pinned her tight to the floor with his body weight. Pryor felt him spin on top of her so that his ass was suddenly on the back of her head and her face wedged into the carpet.
She heard a knife flick open.

He shifted again and his tongue was on the back of her left thigh, making her shiver in revulsion. She could feel his growing erection as it ground into the back of her neck. A hot sting ran up her left leg as the point of the knife cut her behind her knee. She bucked wildly, fighting with all her might, shredding her feet on the sharp edges of the bed frame. He dragged the knife to the waistband of her panties, leaving a thin red line of blood on the back of her thigh. The knife reached the waistband of her panties and slid under the elastic.

With a deft flick of his wrist, the blade sliced through and the frail fabric fell aside.

The last image she had before she passed mercifully into unconsciousness was the Diet Pepsi can that lay a few feet away, leaking its contents onto the rose colored carpet that her father had helped her install the previous September. She could barely breathe with her face crushed into the carpet, but out of one eye, she could see directly into the dark abyss of the soda can. She wished she could crawl into that can and hide amongst the sparkling effervescence. In the can she would be protected. In the can he wouldn’t be able to hurt her anymore. “Nous n’avons pas de Pepsi Lite” snort, snort.

Thomas White Tour Page at Pump Up Your Book 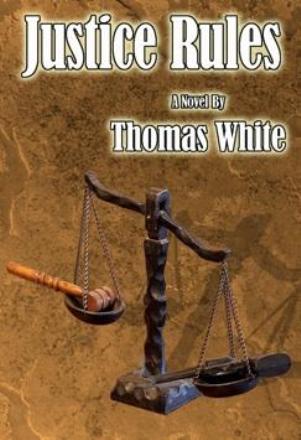 Thomas is the author of two novels, ‘Justice Rules’, a finalist in the Pacific Northwest Writers Association 2010 Literary Contest and ‘The Siren’s Song’, to be released early 2011. He has also written several screenplays including ‘A Stitch In Time’, a finalist in the NCW Screenplay Contest.

Several years later Tom found himself as an Artistic Director for a theatre in Los Angeles and the winner of several Drama-Logue awards for directing. Additionally, Thomas has directed 2 national tours and had one shining night on Broadway.

He directed and co-produced the world tour of “The Teenage Mutant Ninja Turtles: Coming Out Of Their Shells”. The show toured for over two years, was translated into seven different languages and seen by close to a million children. 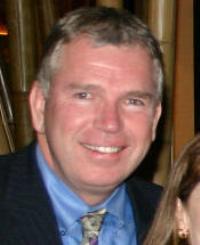