On this day in 1916, noted author Jack London died of kidney failure, at the age of 40, in Glen Ellen, California. Known as one of the best writers to capture the last wild frontier of Alaska, Jack London published his first stories in 1899, and eventually produced over 50 volumes of short stories, novels, and political essays.

His 1903 novel, The Call of the Wild, about a domestic dog that joins an Alaskan wolf pack, reflected his beliefs in Social Darwinism, and brought him his lasting fame.

Although Jack London was identified with fierce competition and rugged individualism, he supported the American labor movement and was a committed socialist. He also spent his money as fast as he made it and in order to pay for his large house and ranch in California, he had to write throughout his life. 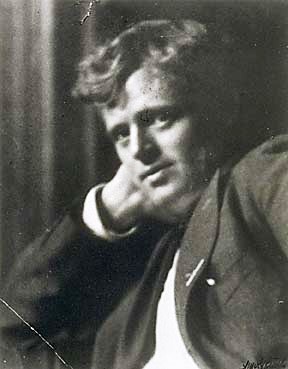 For most Baby Boomers, “the” question of their generation asked where they were when JFK was shot.

It happened on this day in 1963, as President John F. Kennedy and his motorcade drove through Dealey Plaza in Dallas, Texas. Believed to have used a mail-order rifle, President Kennedy’s suspected assassin, Lee Harvey Oswald shot and killed JFK from a window on the sixth floor of the Texas School Book Depository. A former Marine, with a record of bizarre behavior, Lee Harvey Oswald followed his obsessive interest in communism and defected to Russia in 1959. He returned to the United States just three years later, in 1962, and soon developed a deep interest in Fidel Castro and Cuba and involved himself in several fringe political groups. One year later, he would permanently alter the history of America.

The actual events of President John F. Kennedy’s assassination have been debated since the day it happened. The “official” story is this:

From a window on the sixth floor of the Book Depository, perched atop cartons and books, Lee Harvey Oswald fired three shots. The last shot hit and killed the president as his motorcade passed the Depository. Later, witnesses stated that they saw Oswald on the sixth floor of the Depository, and that it was his place of employment. A gun was also found, and had a palm print that matched Lee Harvey Oswald’s.

Almost an hour after JFK was assassinated Lee Harvey Oswald shot police officer J.D. Tippit to death when the officer tried to apprehend him. Oswald was eventually caught, after having been located at the Texas Theater, where he punched a police officer and drew a pistol. When the gun misfired, the officers grabbed Oswald who began to shout, “I am not resisting arrest!” As he was dragged out and faced an angry mob, he cried, “Don’t hit me anymore! I want a lawyer!”

Two days later, as Lee Harvey Oswald was being transferred from the police station to the county jail, Dallas restaurant owner Jack Ruby shot and killed him. 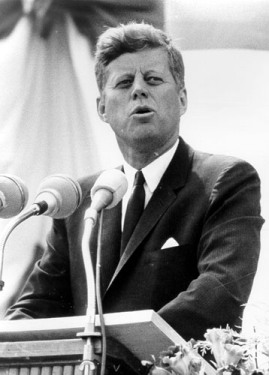 Before there was Madonna, Christina Aguilara, and the Pussycat Dolls, there was Mae West. By the time she died in 1980, at the age of 88, Mae West was one of the most highly paid women in the country.

Born in Brooklyn in 1892, Mae West began her life long career in early childhood, appearing in vaudeville shows and then on Broadway. She wrote her own material and produced her own play, Sex, about a gigolo, in 1926. She was quickly arrested and spent 10 days in jail for obscenity. Totally unfazed, she continued to write racy plays and battle the censors for the next two years, until her success with Diamond Lil, on Broadway in 1928. Audiences loved her innuendos and witty wordplay, and she continued to taunt censors with her heavily suggestive language throughout her career. Mae West appeared in several movies before her film career began to fade in the early 1940s and she returned to the stage with nightclub acts and touring shows. She wrote her autobiography in 1959 then appeared in two more films before her death. 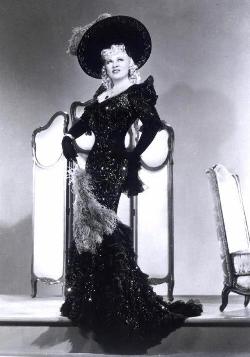