Eddie Murphy is denying that he is the father of ex-girlfriend, and former Spice Girl “Scary Spice, Melanie Brown’s unborn child. She of course, is saying otherwise and doesn’t understand why Eddie would not only question the paternity, but do it in such a public manner. Mel B also claims that she did not know that her relationship with Murphy was over until she saw the clip from his interview last Monday on Dutch TV’s show RTL Boulevard. She was on a plane from England to Los Angeles when it aired. When asked about the baby during the interview, Eddie Murphy, 45, said, “We’re not together anymore… And I don’t know whose child that is, until it comes out and has a blood test. You shouldn’t jump to conclusions, sir.”

In a statement released Thursday, Melanie Brown, 31, stated, “I am obviously upset and distressed at some of the comments made by Eddie Murphy to the media…I have no idea why anybody would want to conduct themselves in this kind of manner about such a personal matter in such a public way.” Brown, who is in her second trimester, went on to say, “My main concern is for the well being of my (seven-year-old) daughter Phoenix and of course the baby. I was astonished at what Eddie said – there is absolutely no question that Eddie is the father.” This is the first time Melanie Brown has publicly acknowledged that she is pregnant.

The same night that Eddie Murphy’s interviewed aired, he showed up at the Dreamgirls New York City premiere with supposed new girlfriend, Tracey Edmonds (ex-wife of singer Kenneth “Babyface” Edmonds). According to PEOPLE magazine, Tracey Edmonds said that she and Eddie Murphy had been dating, “about a month and a half.”

A close friend of Melanie Brown told PEOPLE magazine, “This was extraordinarily brazen what he did… If he had fallen in love with somebody else, that would have been pretty bad anyway, but to then wheel her out in public for a deliberate photo op, when Melanie’s pregnant! That’s a rat, frankly.” The same friend added, “Melanie insists there is absolutely no question whose baby this is. And she resents the inference that she wouldn’t know whose baby it was. It’s fairly simple. She hasn’t slept with anyone else.”

Nonetheless, the friend insists that Melanie will agree to a paternity test, “Melanie’s gone through shock, pain, anger, the whole range of emotions… A lot of women or men in this situation would go to ground but she wants to take it head on.”

Perhaps Melanie Brown should call up Mary Louise Parker who was pregnant when Billy Crudup dumped her for Claire Danes. Or she can call Shar Jackson, Kevin Federline’s ex-girlfriend who was ready to pop when he dumped her for Britney Spears. I suppose Mel B could call Charlie Sheen who was dumped by Denise Richards when she was pregnant, but that’s a bit different. 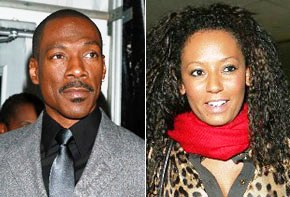