YES!! It was just a matter of time, really.

In the wee hours of Saturday morning, Lindsay Lohan managed to jump a curb and crash her Mercedes into some trees. She had two other “adults” in the car with her, who were not hurt, but Lindsay was taken to Cedars Sinai, where she was treated for minor injuries. And arrested for DUI.

Of course, the best part of all this (since getting a DUI in Hollywood is practically a right of passage)….cocaine was found in her car.

Looks like little Lindsay has some big explaining to do. According to the report, police “found a ‘usable amount’ of a drug at the scene, which they say was cocaine. Lt. Mitch McCann of the Beverly Hills Police Department would not say where the drug was found, but it was ‘not on her person.’” Source: TMZ.com

It’s sort of sad that something like this can give me such joy. The way I see it, it needed to happen. Hopefully she’ll learn something from this.

Ooooh, maybe Lindsay Lohan and Paris Hilton will share a jail cell. They should throw in Nicole Richie and Britney Spears for good measure. Britney hasn’t done anything jail worthy yet like the other girls, but the summer has just begun; Britney has lots of time.

Here’s to an exciting summer! 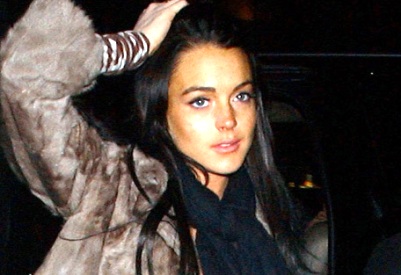