While we were tucked nicely in our beds during the wee hours of this morning, Lindsay Lohan was driving the streets of Santa Monica chasing her (newly) ex-assistant’s mom.

This is how the story goes….

The mom doesn’t know its Lindsay and calls the police.

Police respond to a call of one car chasing another.

They discover the chaser is Lindsay Lohan, with two male passengers in the car.

Lindsay fails a field sobriety test – blowing between a .12 and .13 (the legal limit in California is .08).

Lindsay is taken into custody.

At the police station, she is discovered to have cocaine in her pants pocket.

She’s booked on charges of DUI, driving on a suspended license, possession of cocaine, and transporting a narcotic into a custodial facility.

Lindsay Lohan checks into rehab for the third time in as many months.

Oh, in case you were wondering, the figure flattering alcohol monitoring anklet that Lindsay was wearing has been removed. Her lawyer Blair Berk is being quoted as saying…

“Addiction is a terrible and vicious disease…Throughout this period, I have received timely and accurate reports from the testing companies…Unfortunately, late [Monday] I was informed that Lindsay had relapsed. The bracelet has now been removed. She is safe, out of custody and presently receiving medical care.”

So if Paris went to jail for all the same reasons – minus the cocaine – then Lindsay should for sure be thrown into the slammer.

It’s high time these stupid rich @@@@@es stop getting away with things. Seriously! 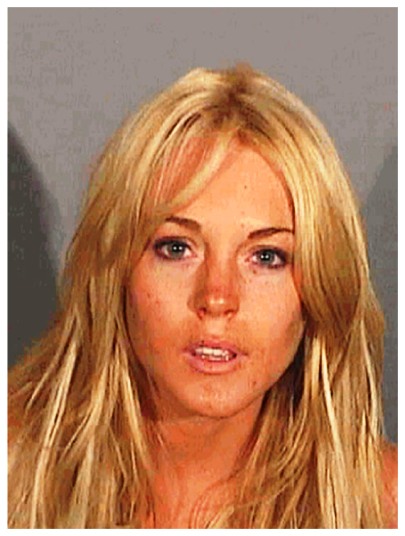